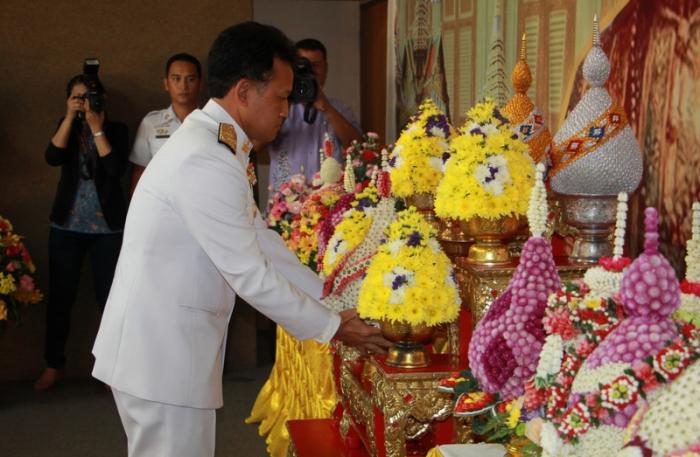 The public holiday marks the founding of the royal Chakri Dynasty in 1782, of which the present Thai monarch, HM King Bhumibol Adulyadej, is the ninth king (Rama IX).

“Today we paid our respects to the first king of the royal Chakri Dynasty, Rama I; it is thanks to him that we live peacefully in Thailand today,” said the governor.