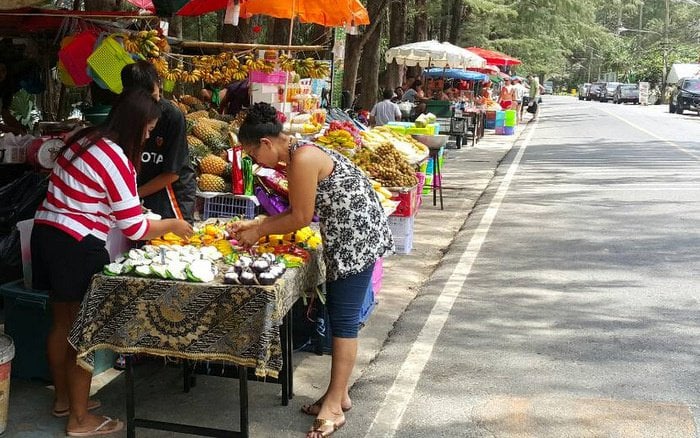 PHUKET: Vendors with stalls along the beachfront road at Nai Thon have been given two weeks to leave, or face legal action.

“Once they receive the order, they will have just 15 days to leave, or we will have them charged for encroaching on national park land,” he said.

Sirinath National Park is responsible for the land on the beach side of the road, but not the inland side, which is home to many restaurants and hotels, he explained.

The move affects about 30 vendors, and has been a long time coming, Chief Surachuai noted.

“We have met with the vendors several times to discuss this issue,” he said.

“We arranged a zone nearby for them and allowed only registered vendors to operate their businesses there. Now many new vendors have arrived and set up along the street, well outside the zone that we arranged.”

“The road is quite narrow, and tourists buying their products have to stand on the road. This is dangerous and can cause difficulty for drivers passing by – and may cause accidents,” he said.

“There should be no vendors allowed on the road. The rules were relaxed for the benefit of locals so they could make a living. Now they have breached that courtesy extended to them [by ignoring the boundaries of the zone].”