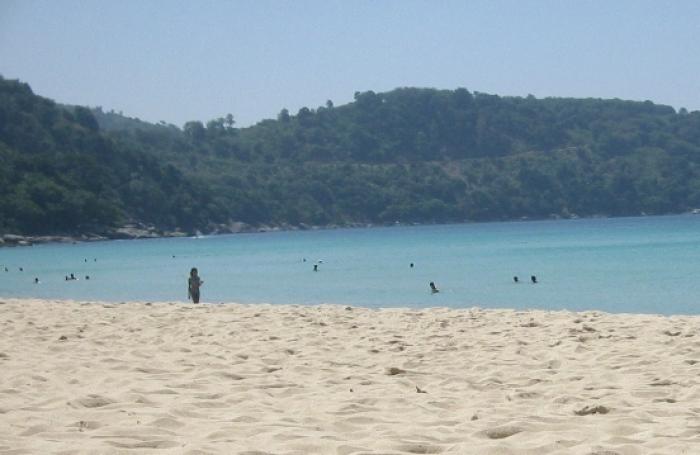 PHUKET: Kata Noi Beach wiggled its way into the TripAdvisor Travelers’ Choice awards for best beaches in the world this year.

The west-coast beauty spot ranked third best in Asia while Nai Harn Beach was awarded 6th place. Not too far behind Phuket were Phra Nang Beach and Railey Beach – both in Krabi.

“We know travellers around the globe love sun and sand vacations, so we’ve tapped the TripAdvisor community to help us identify the world’s best beaches,” said Barbara Messing, chief marketing officer for TripAdvisor.

“The 2016 Travelers’ Choice Beaches award-winners will inspire many to book their next getaway, knowing that these beautiful spots are the very best from the TripAdvisor global community!”

The top beach in the world was Grace Bay, Providenciales, Turks and Caicos. The place was described as: “Unbelievably clear, clean water with hundreds of shades blues and greens and white sugar sand beaches – ahhhhh!”

Making the top 10 cut was Thailand’s neighbor, Myanmar, which saw Ngapali Beach skate in at number 8. In striking contrast to Phuket beaches, Ngapali Beach was described as: “Three kilometers of beach without a soul to be seen. No seashells, no rocks, no vendors!”

Though Kata Noi made the list, TripAdvisor seemed to struggle to find what distinguishing features warranted the ranking, describing it as a place where the “waves and water like baby bear’s porridge: not too hot or cold, not too big or small. Simply perfect in every way. Really.”

“I was not aware of the ranking. However, I am very glad to hear our beach ranked among the most beautiful in the world,” said Karon Mayor Thawee Thongcham. “I am grateful to everyone involved in recognizing the beauty of our beach. As Kata Noi is one of the best beaches in the world, I would like to call on tourists and locals to join together and help us protect this national treasure.”