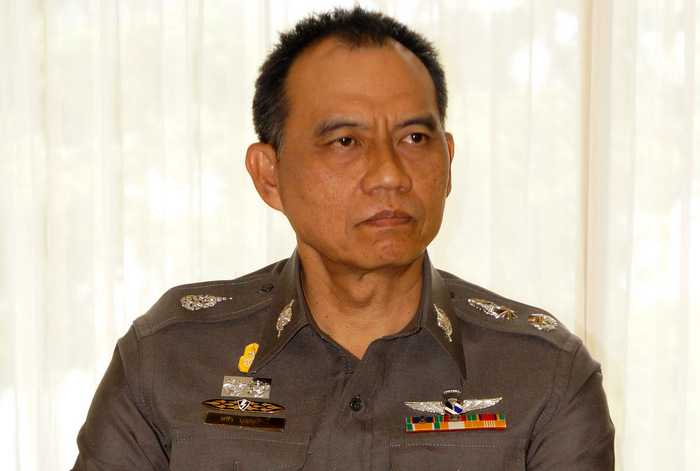 PHUKET: Phuket Vice Governor Somkiet Sangkaosuttirak has signed a formal request to be issued to all bar owners, restaurateurs and other purveyors of alcohol throughout Phuket to refrain from selling booze tomorrow in honor of HM King Bhumibol Adulyadej’s 87th birthday.

Vice Governor Somkiet told the Phuket Gazette that he understands there is no law to prohibit the sale of alcohol on December 5, which is also celebrated throughout Thailand as Father’s Day, but called for respect to be the order of the day.

“I have signed an official request for all alcohol venues not to serve alcohol from Friday night through sunrise Saturday morning,” he confirmed.

“Father’s Day is not among the days that the sale of alcohol is banned by law. However, it is tradition to honor HM The King, who is deeply respected and much loved as the Father of Thailand, on this day.

“Thai people also use the day to celebrate their own fathers. Business owners have the opportunity to pay their respects to His Majesty’s Birthday by closing their venues so that the owners and their staff can spend time with their families.”

Vice Governor Somkiet signed the order yesterday in his capacity as acting Governor of Phuket, as Governor Nisit Jansomwong had yet to return from an official visit to China.

However, Governor Nisit returned to Phuket last night and is expected to resume his duties today.

By law, the sale and purchase of alcohol is prohibited only on election days and four Buddhist holidays (click here).

Phuket Provincial Police Commander Patchara Boonyasit confirmed to the Gazette that he had not received any special orders to ensure venues observed the request.

However, he warned that his officers would be vigilant in inspecting any venues that remained open tomorrow night.

“Police will be strict on enforcing the law on any venues that remain open and we will make sure venue operators are aware of the request from the Provincial Office,” he said.

Phuket City Police Superintendent Sermphan Sirikong also warned restaurant and bar owners in his precinct who insisted on selling alcohol to be prepared to be inspected by the police.

“Every year, the Governor’s Office sends out an official letter asking alcohol venues not to sell alcohol in honor of HM The King’s birthday. Selling alcohol on the day is not breaking the law, but be prepared for your venue to be checked by police officers,” he said.

“Police will be checking to make sure such venues have all the required permits and are not trading after legal hours. If you are caught trading late, the penalty can be up to six months in jail, a fine of up to 10,000 baht, or both.”

Patong Police Deputy Superintendent Khunnadet Nanongkhai also confirmed to the Gazette that bars and restaurants in Phuket’s premier party town can sell alcohol on the day, but added that his officers would be strict on enforcing the law.