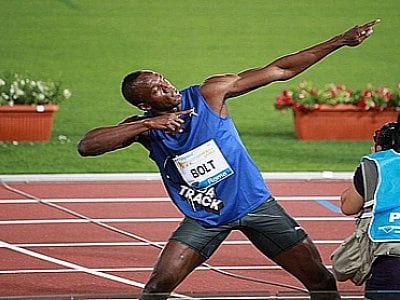 PHUKET: Michael Johnson believes nothing can hold Usain Bolt back at the London Olympics if he adjusts his technique. Johnson, who has won four Olympic gold medals, is confident Usain Bolt could run quicker than 9.5 seconds.

“He (Bolt) could break the world record again; he could run 9.5 secs, or lower. Ultimately, if he were to really be focused and committed to cleaning up his technique, he could probably run 9.4 secs, but he would have to do some major training and [make] adjustments in the way that he runs” Johnson said.

Johnson also picked out a number of challengers to Bolt in the 100 metres: His training partner Yohan Blake (who beat him in Kingston); the three Americans, that is Tyson Gay, Walter Dix and Justin Gatlin; Christophe Lemaitre, the Frenchman; and Richard Thompson from Trinidad.

The topic of performance enhancing drugs tends to go hand in hand with the Olympics and Johnson feels the current two year-ban for drug use is not enough of a punishment.

“You have people continuing to use performance enhancing drugs because you can be banned for two years and [still] be back for the next Olympics. And that’s just not enough of a punishment, specifically in sports like athletics where the Olympics is really what it’s all about,” Michael Johnson explained during an interview with Lauereus.com.