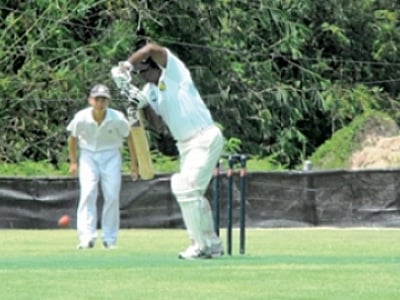 PHUKET: The rise of Phuket in world cricket continues on February 16 with the Marylebone Cricket Club (MCC), from Lords, the home of cricket, starting their Thailand tour with a T20 match at the ACG.

Founded in 1787, MCC is the world’s most famous cricket club and its role in the game remains as relevant as ever. The organization is dedicated to safeguarding the spirit of cricket, promoting the sport to young people and looking after Lords’ and the game’s laws therein.

MCC’s teams play around 500 matches a year. They set off for overseas tours to destinations as diverse as Tanzania and Cyprus to help promote cricket’s international appeal. In planning these trips, MCC works closely with the International Cricket Council (ICC). Their efforts also help in assisting national squads towards the ultimate goal of one-day international or even Test status.

The boys from the MCC will be looking to get their Thailand tour off to a successful start in Phuket, but the local team won’t offer their wickets that easily.

If you want to see our local team face the legends of Lords, come down to the ACG on Thursday (click here for map) for an exciting day and maybe the odd lemonade.

The following is a brief profile of the MCC touring team:

Will Hodson (captain) is an experienced MCC tourist having been to Italy, China, Hong Kong and the USA, but this will be his first as captain.

Richard Brown was one of the founding members of the Phuket Cricket Group in 2005. He has now moved back to the UK and lives in Northern Ireland where he plays for Templepatrick CC. In his youth, he played for Northampton Saints CC and Teddington CC.

Scott Corbett has toured with MCC once before to Croatia in 2009 and has recently taken over as the MCC Area Representative for the West Midlands.

Patrick Goodwin spent two years working in Thailand and while in Bangkok he played for the British Club and took part in the Chiang Mai 6’s. He now plays for his local club Oxted CC

Gareth Griffiths has spent several seasons playing in the West of England leagues as well as Middlesex, Esssex and Surrey leagues. He is currently the MCC Area Representative for the West, South West region.

David Heyes has previously represented Cumberland CCC and the Lancashire Cricket Board.This will be his first MCC Tour

Arif Mahmood plays his cricket in the Birmingham League and has toured South Africa and St Lucia with the Midlands CCC and Malaysia with them.

Rex Purnell is an Abbot Ale national cup finalist in 1994, 95 and 96 with Chorley CC and won a European title with Gibraltar in 2000.

Thomas Rash has played EAPL cricket for the last six seasons with Bury St Edmunds as a seam-bowling all-rounder, he has also played in Napier and represented Suffolk CCC.

Will Rist plays his cricket by the motto; play hard, celebrate hard – from club cricket to first class matches.This will be his first tour with MCC.

Joe Shuttle plays for Amersham CC in the Thames Valley League and loves the infuriating yet addictive nature of the game.This will be his first MCC Tour.

Bradley Smith is also MCC’s Area Representative for the South East incorporating Kent and Sussex where he plays his club cricket for Eastbourne CC. He is a top order batsman and off spin bowler.

Alun Thomas plays for the successful Cardiff CC, winners of the SWALEC Premier League in 2012. He opens the batting and learnt a lot from Matt Maynard over last season, both on and off the pitch.

Umpire Ian Ramage is part of ICC’s Associate and Affiliate International Umpires panel, but this will be his first MCC Tour.

The Phuket Gazette is the official local media partner for the ACG.