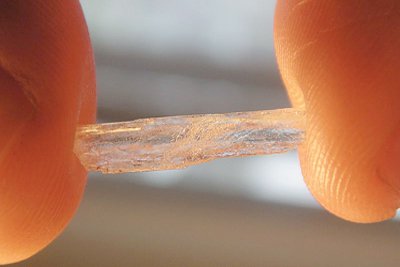 PHUKET: Health officials in Phuket have issued a warning to students not to take the chemical “Methylene blue” in an attempt to hide methamphetamine use from authorities in drug testing.

The statement followed a recent round-up of 19 truant school children in secondary schools, 15 of whom tested positive for ya ba (methamphetamine pills).

Mr Supachai said the drug of choice among the children was ya ice (crystal methamphetamine), typically bought from suppliers in Patong. Some of the youths caught using the drug recently confessed to taking ‘a kidney cleaning’ pharmaceutical drug in order to test negative if forced to provide urine samples.

Phuket Provincial Health Office (PPHO) chief Sak Tanchaikul explained that students were taking the compound in pill form so that their urine would appear blue, rather than tell-tale purple that indicates a positive result for methamphetamines use in urine testing.

“This group of students take Methylene blue to induce vomiting and make it difficult to detect traces of ya ice in their urine. This is first time I have heard of anyone using Methylene blue for this purpose,” said Dr Sak.

Although widely described as a “kidney dialysis” medication, the drug is actually administered only to patients who suffer dangerously low blood pressure as a result of dialysis.

Any blue urine samples that come back during drug testing will be sent to the Regional Medical Sciences Center Phuket for further examination, Dr Sak said.

“We are going to investigate this matter in light of the drug crackdown policy ordered by the Ministry of Interior. I will coordinate with drug stores to control the sale of Methylene blue since it can easily be bought,” he said.

“I may also contact the Food and Drug Administration to enforce a special Methylene Blue control law in Phuket,” he added.

Officials in Phuket use a “meth cassette” test kit in conducting urine tests. If the urine turns purple, the test is considered positive, although the results need to be verified by more accurate blood testing.

Dr Sak believes students might have been told about the effect of Methylene blue from someone with specialist knowledge.

In the future, any students found with blue urine will have to present documented proof that their use of Methylene blue is for legitimate medical purposes, he said.

“Generally, human urine is pale to dark yellow. So if any school has a student producing blue urine they need to ask that student to present a doctor’s certificate. That information should then be sent to PPHO so we can investigate and advise,” said Dr Sak.

“Normally we use urine samples to test for the presence of drugs. Anyone with blue urine will immediately be suspected of trying to hide something and the sample will be sent to the Regional Medical Sciences Center Phuket for closer examination,” he said.