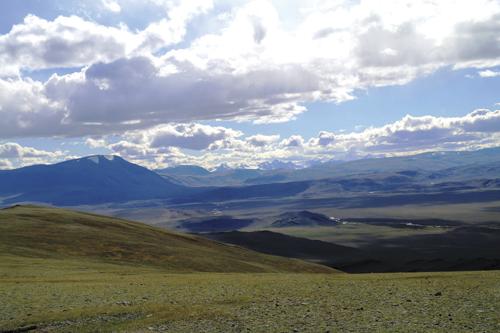 PHUKET: Julian Seal is a man on a mission.

Inspired originally by “Met Track”, a London Metropolitan police initiative to get disaffected teenagers off the streets by using sport, his enthusiasm was galvanized by the success of the 2012 Olympic Games, and the inspiring way in which it showed how sport can foster not only excellence, but can instill in young people such fundamental human values as selflessness, team-spirit, fair-play, commitment, and a joy in taking part. Sport crosses the divide that separates people from different cultures and creeds. A lingua franca.

Julian, who has always believed passionately in the inspiriting value of sport, decided to make his own contribution by undertaking a 35,000 mile round-the-world journey. Five Olympic rings, five regions of the world to be travelled. Hence the birth of “Sports Trek”.

He established links with five London Primary schools, made friends with James Ellington, an Olympic sprinter who works with young people.

Armed with an autographed football from the Olympic football competition donated by Lord Coe, his marathon began with the acquisition of an orange special edition Land Rover Discovery G4.On launch-day, it appeared, phoenix-like, parked on the ashes of Croydon’s Reeves Furniture store. Having survived for 140 years, the store had been burned to the ground by an angry mob of young people during the London riots of 2011. Now, Mr Reeves was there. So too was James Ellington. An iconic launch-pad.

Since that eventful day, Julian has driven across Europe, across the vast steppes of Russia, over the snowy 3000 meter passes of the Golden Mountains of Altai, where Russia, China, Mongolia and Kazakhstan meet, and on to remote Ulaan Baator and Siberia. His Discovery, shipped from Vladivostok, is now on its way to Australia.

There he is hoping to drive coast to coast and especially to the Northern Territories to link up with aboriginal children. And then? South America.

A professional photographer, Julian has taken thousands of pictures. Pictures, they say, speak louder than words: where language fails to communicate, these images can reveal to children worlds they might never dream of otherwise seeing.

These photographs become a way in which links can be forged with other children from different parts of the globe.

And on Julian’s visits to schools, a key part of his mission, each and every boy and girl has a chance to hold and kick that Olympic football.

What he has experienced is a life-transforming experience.Precipitous, pot–holed roads; sometimes no road at all; unbelievable extremes of wealth and poverty; remote comunities with nothing but a communal well in the street for their water.

Mongolia left an indelible impression; it was, he said, like being in a time-warp where nothing had changed for centuries.

Six year olds were expert horsemen. But the people were happy. And the children wrote letters to Julian to show their appreciation. Contentment is not always dependent on wealth. And kindness in poor communities is rarely in short supply. We in the West have lessons to learn too.

Here in Thailand, Julian has made contact with Muay Thai boxers from the Rawai Muay Thai and Sumalee Gyms and is following their progress.

Muay Thai boxing is a prime example of how sport can foster international friendships, since so many of the young people who train here come from all over the globe.

What of the future? Julian is hoping to mount an exhibition of his photographs, many of which already appear on his website, on Facebook, and on Linkedin.

Maybe eventually he will publish a book.which tells the story of his “Sports Trek” through its text and pictures.

But the important thing is to pass the baton, spread the good word about sport and encourage young children every where to not only get involved, but to communicate their enthusiasm to others. As Nelson Mandela averred: “sport breaks down racial barriers”

Julian, whose trip is largely self-funded, welcomes any offers of sponsorship or financial assistance.