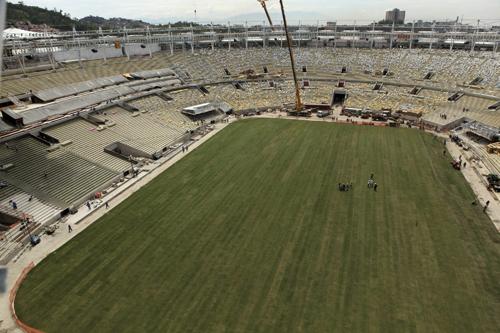 PHUKET: It’s the catchphrase of the year in Brazil: “Imagina na Copa!”

It basically means “Imagine what it’ll be like during the World Cup,” and it has become a favourite among Brazilians stuck in traffic or in line at their woefully overcrowded airports.

The underlying belief is that the chaos will be worse when Brazil hosts the football tournament in June 2014, and hundreds of thousands of foreign visitors fly in to see the games.

Yet Paulo Resende, one of the country’s leading logistics experts, says that fear is misplaced.

After a recent survey of about 20 leading local companies and travel agencies, Resende believes Brazil’s airports and roads will actually see substantially less traffic during the World Cup than on normal business days.

The reason: Brazilians have heard so many doomsday predictions about gridlock that companies will avoid business travel, families will avoid vacations and some people will just stay at home as much as possible and watch the games on TV during the month the World Cup is in progress, Resende says.

In other words: “Imagina na Copa” may end up being the event’s salvation.

“What luck – our incompetence is going to save us,” said Resende, a dean at the Fundacao Dom Cabral, a business school in Belo Horizonte. “People are so worried about the Cup that some are going to close themselves inside.”

Some 300,000 foreign tourists poured into South Africa when it hosted the most recent World Cup in 2010, according to Grant Thornton, a consultancy firm. Brazil is expecting huge numbers too, as the country’s football-mad reputation – and record five Cup titles – is expected to be a big draw.

Resende said 100 percent of Brazilian companies he surveyed planned to defer travel during the Cup, which will feature games in 12 host cities. Travel agencies also reported customers are explicitly requesting 2014 vacation packages that do not fall during the event, while some who had booked during that period are now trying to change their dates, he said.

Yet there was no such slowdown when Germany hosted the 2006 tournament, Resende said. And it is also clear that Brazil is a unique case in many ways.