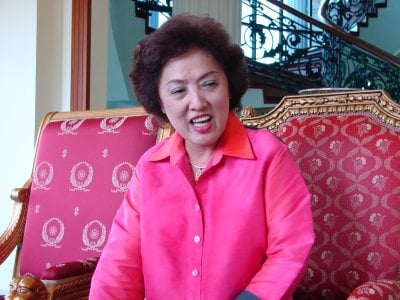 PHUKET: Phuket Senator Thanyarat Achariyachai has slammed the government’s tourism-industry recovery measures, saying the tax incentives miss the mark and will do little to help operators outside the capital.

Senator Thanyarat, who chairs the Senate Committee on Tourism, said that hotel occupancy rates have plummeted nationwide since the red shirt protests in April and May.

She warned that hotels will soon have to resort to staff layoffs and other cost-cutting measures if the government doesn’t take immediate action to revive the industry.

Referring to a measure allowing Thais to claim tax deductions of up to 15,000 baht on domestic tours, she said the incentive would do little because most Thai tourists travel in family groups by car, finding their own accommodations upon arrival.

Thais seldom join tour groups unless they are traveling abroad said Senator Thanyarat, who is the wife of Pamuke Achariyachai, managing director of the Kata Group of hotels and resorts.

Backed by the Finance Ministry and offered by the Bank of Thailand through commercial lenders, the approach was similar to the one used to revive the tourism industry after the tsunami.

Available funds in excess of 1 billion baht went unused because so few businesses could meet application requirements, which included having a credit history and five guarantors.

Some business operators who were denied loans committed suicide, she said.

The main problem now is the lack of liquidity that has left many hotels on the edge of bankruptcy, a fact the new measures fail to address, she said.

As for the new measure allowing private firms to claim double tax deductions on expenses related to training courses and seminars for their employees, Senator Thanyarat said only large hotel chains – not independent operators – would likely benefit.

Senator Thanyarat said the Government needs to take a two-pronged approach, helping tourism businesses survive and encouraging tourists to use their services. The government has thus far failed to take direct action on either front, she said.

Describing the pace of the government in addressing the problem as slow, Senator Thanyarat singled out the Finance Ministry for lack of timely action.

The government only seems to react to mob action, and since most provinces with a tourism industry outside the Bangkok area have not experienced protests or demonstrations, their cries for help are not being heard in the capital, she said.