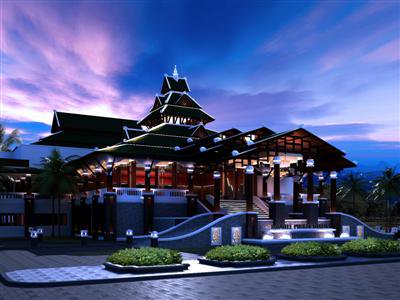 News of the approved loan came last month, during a period of heavy debate over how much Phuket’s tourism-dependent economy would suffer from the dual threats of the ongoing world economic crisis and political turmoil in Bangkok.

But KBank Executive Vice-President Vasin Vanichvoranun and developer Pobchai Jivavisitnon have both expressed confidence that Phuket’s appeal as an international tourist destination will withstand both economic and political woes.

Though the hotel will be branded Novotel under French-based Accor hotel conglomerate, the loan was granted to the prominent Bangkok-based Jivavisitnon family, who own and operate the Bayshore Wing chain.

Providing 100% of the funding for the project, the family will retain complete ownership upon completion while Novotel manages the facility, the name of which has yet to be announced.

Construction on the new Novotel is just beginning on Rath-U-Thit 200 Pi Road at the former site of the Patong Bayshore Hotel.

Also owned by the Jivavisitnon family, the Patong Bayshore was torn down in April with the intention of building the new hotel in its place on the 10-rai site.

The new Novotel is in large part the vision of the family’s up-and-coming businessman Pobchai Jivavisitnon, who at just 30 years of age will handle virtually all ownership responsibilities.

Mr Pobchai has been hands-on with the development thus far, approving design concepts and overseeing construction.

He aims to produce a contemporary-style hotel combining aspects of Asian architecture to appeal to a high-end target market including Scandinavians and other Europeans in the high season and Australians, Koreans and Arabs in the low season.

Once completed, the new Novotel will feature a 1,900-square-meter swimming pool and four-star facilities including a spa, fitness club, business center and a fine dining outlets.

The loan is expected to be repaid over a 10-year period after the opening, scheduled for December 2011.