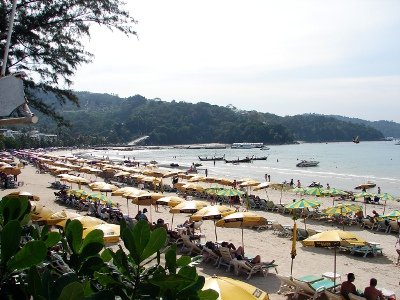 PHUKET: The floods in Bangkok and Central Thailand continue to wreak havoc with domestic production of beer and its distribution to Phuket.

The disruptions have caused serious shortages, much to the bane of hoteliers, restaurateurs and bar owners across the island.

The Phuket Gazette has received many reports of severely inflated prices, up to nearly double for one brand of beer in particular.

As key tourism industry figures have pointed out, the problem is being compounded by more and more tourists arriving on the island, as Phuket enters its tourism high season.

For many such tourists, alcohol features prominently in their plans for enjoying their holidays.

Adding to the number of tourists coming to Phuket are the many people who have been forced to evacuate their homes in Bangkok due to the floods. The introduction of cheap flights to Phuket is now expected to add to their numbers.

All these factors have prompted the Phuket Gazette to ask in its latest poll: “How important is it for Phuket, as a holiday destination with a large expat community, to have reasonably-priced alcohol?”