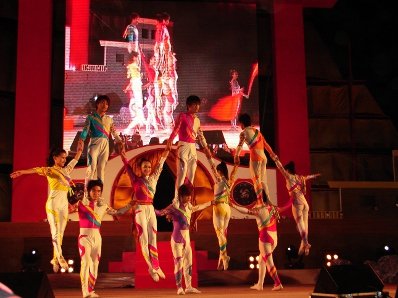 PHUKET: The Chinese market holds the highest growth potential for the Phuket tourism industry, according to the results of the latest Phuket Gazette Readers’ Poll.

A total of 358 readers took part in the poll, which ran from March 8 until Saturday morning.

Readers were asked, “Which of the following inbound markets holds the highest growth potential for the Phuket tourism industry?”

Overall, China was the clear choice among the five options at 48%, almost double the number who chose the second most popular choice, Russia (24.9%).

There was little change in the voting trend by demographic, with Thais, local foreign residents, and tourists all agreeing that the Chinese market held the greatest potential, followed by Russia.

Voters in all three groups chose “ASEAN member states” as the third choice, possibly reflecting optimism about the terms of the ASEAN Economic Community that will take effect in 2015.

When Phuket Tourist Association (PTA) vice president Bhuritt Maswongsa was told of the results, he said he thought they reflected current market trends in terms of arrival figures only and didn’t truly reflect growth potential in terms of percentage increase.

While numbers of Chinese and Russians arriving on Phuket is growing, their daily average expenditure was relatively low compared with tourists from Eastern Europe, he noted.

He was also surprised that the Middle Eastern market fared poorly, for the same reason.

If you have already voted in the new poll and want to see the up-to-date results, click here.

To comment on the poll results, proceed to the Readers’ Forum below. The Phuket Gazette values all input that conforms with our House Rules.