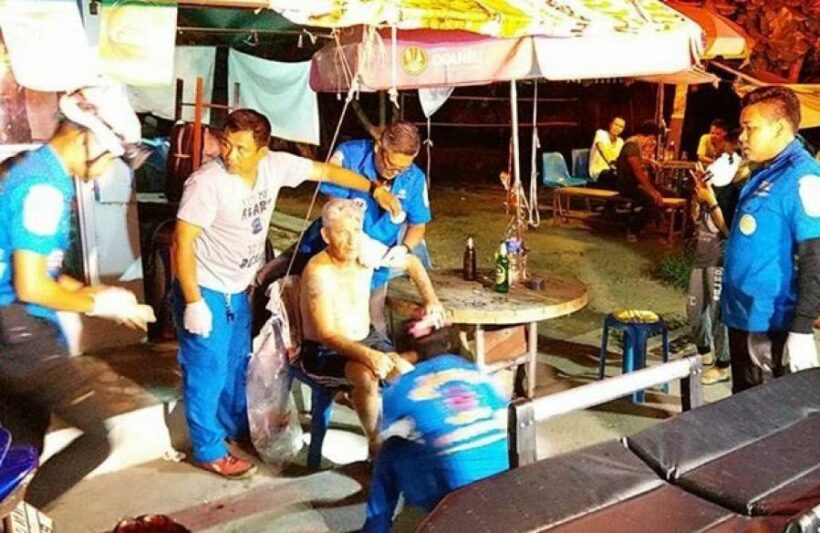 The man had head and back injuries, but officials were unable to identify him as he was incoherent. He had blonde hair and was wearing a white T-shirt and black shorts.

Kusoldharm Foundation rescue workers received reports of him by concerned locals at about 11:15pm.

“He had no identification documents on his person and was unable to communicate properly with the crew. There were a number of cuts and bruises on his body,” said Chukiet Aryuperm, a Kusoldharm Foundation rescue worker at the scene.

Locals told Phuket Gazette reporters that the man ran up to them asking for help and then collapsed.

Police City Police officers at the scene believe he may have been robbed, but will wait for him to recover to get more details.

The man was given first-aid on the spot and later taken to Vachira Phuket Hospital.