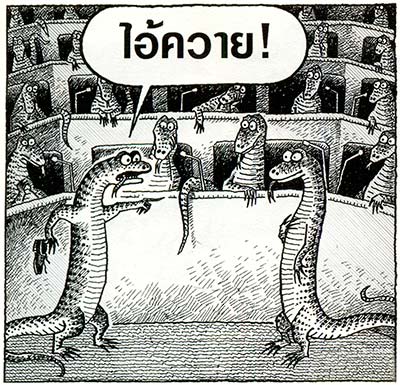 PHUKET: Following reports of vote buying in the run-up to the general election, Phuket’s top cop is calling for stepped-up security that could include arrest of anyone found in public without a national ID card, from June 15 onward, according to local news reports.

Phuket Provincial Police Commander Pekad Tantipong said today the only complaints related to the election thus far were for destruction of campaign posters. These are acts of vandalism that could be the result of youthful rambunctiousness or personal matters unrelated to politics.

Police have offered a 10,000 baht reward for clues leading to the arrest of those responsible for vandalism against campaign posters.

Maj Gen Pekad asked for cooperation from all sides, including the candidates and their supporters, to ensure a fair and clean ballot on July 3.

He also asked the public to report leads of any campaign rule infractions.

Thus far there have been no reports of squabbling or violent confrontations among hua khanaen (chief canvassers), all of whom know and get along with each other well but merely differ in political perspective, he said.

[In parts of Thailand where vote buying occurs, it is standard practice for hua khanaen to organize collection of residents’ ID cards on or before balloting day – in exchange for cash payouts. Sometimes the competition is so fierce that violence ensues.]

However there was no history of political violence in Phuket, Maj Gen Pekad said.

Police across the island would lead a variety of public awareness campaigns about the evils of the practice and how it undermines the entire democratic process, he said.

The first such campaign is likely to attract some interest among foreign tourists, as it is scheduled to take place along Soi Bangla in Patong on June 9.

It was not reported why a street where the vast majority of people are foreign tourists and the migrant workers who service them was chosen for the exercise.

A similar procession, under the direction of police units in Thalang, will start at the Heroines’ Monument on June 16.

Both these events are still in the planning stages and exact details have not been announced.

The third event will take place somewhere in Muang District. The time and exact location will be announced after consultation with the Governor’s Office, Maj Gen Pekad said.

Overall, there will be 600 staff to provide security at polling places on July 3, he said.

These will be divided into a variety of units, such as those assigned to provide security for candidates, those to ensure the integrity of all ballots and ballot boxes, and those to respond to reports of disturbances.