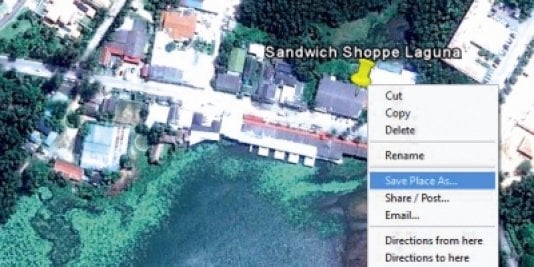 PHUKET: Over the past month in these Live Wire columns I’ve given you a snapshot of what options you have for internet service in Phuket.

Choices range from not-really-tolerable to surprisingly good. Most of all, the competition’s fierce and that bodes well for all of us.

The key to it all is staying on top of what’s available, and how well it really works. If you have an internet connection, you should check occasionally to see if better options are available. If you don’t have an Internet connection –or you know somebody who’s moving to Phuket, or coming to stay for a month or more – finding a new connection at a reasonable price has never been easier.

Your eye might be caught by a flashy ad, cheap price, a promise for blazing speed, or a cute promoter. Don’t be fooled.

More and more you’re going to see marketing baffle-gab brimming with technical terms, full of sound and fury, signifying nothing. The latest, greatest whiz-bang technology doesn’t mean squat unless the Internet Service Provider (ISP) keeps up with demand and builds out a network that can support what you want, when you want it.

We’re lucky, here in Phuket. As far as I know, this is the only place in Asia where people – regular consumers like you and me – keep tabs on our Internet speed, and post them for everyone to see. That’s a huge advantage for anyone looking to get connected.

So you’re looking for a new ISP. You’ve read about the technology here , you’ve checked PhuketInternetSpeed.com to see how well the providers are doing, and you’ve narrowed the field to a few options. What next?

I have ten tips for getting a new Internet connection in Phuket:

1. If you already have an ISP – wired or wireless – and you want to change either the package or the provider, talk to the people at the ISP’s office first. Find out how much it will cost to cancel the package you have right now. While you’re at it, find out how much it would cost to change to a different package from the same provider. Don’t take their word for what works and what doesn’t – that’s why you have the Speed Reporting site. But do take into account the fees,and whether they’ll be waived if you stick with the same company.

Most providers have a minimum contract term, typically a year (which is a century in Internet time), but in some cases up to two years. Penalties from breaking contracts range from one month’s payment to paying for full completion. You may discover that you can actually save money by paying the penalty and moving to a cheaper line – and getting faster service at the same time.

2. When you know what you want, make the trek to the local office. Don’t try to do this over the phone,and don’t send a friend to hammer out the details. Here’s the inside story on how local offices vary across the island:

TOT’s main office on Chao Fah West,south of Wat Chalong, second floor, has the most knowledgeable and helpful staff, and they speak good English. The Patong TOT office,opposite Patong Hospital, is also very good. I hear that TOT has recently replaced many of their customer service staff in Phuket, and the people here now are excellent.

3BB’s office diagonally opposite the original big Lotus on Bypass Road, near Samkong, does reasonably well. Other 3BB offices get very mixed reports.

The CAT office on the second floor of Central Festival is knowledgeable and helpful, although they frequently don’t know when sold-out items will be re-stocked – a source of ongoing frustration. Other locations (Phuket Town, Patong) are also good.

The people in the True office downtown,outside Robinsons, really know their stuff. Other locations vary widely – particularly important if you’re looking for other True products, including cable or satellite TV.

AIS offices are uniformly good (in part because their product isn’t that complicated). Telewiz shops can do everything with AIS products.

Cable TV Internet service runs all over the map. If you go to a Cable TV office looking for Internet, be prepared to spend some time at the office – and take a Thai-fluent friend with you.

3. When you go to the ISP’s office to get your new service, take your passport (or ID card if you’re a Thai national). Different ISPs have different requirements for specific packages, and the rules change. Keep in mind that if you’re looking for a post-paid account – where you don’t pay for the service in advance – you’re actually asking for credit. Some ISPs will require either a work permit (for a farang) or the signature of a Thai national before they will give you credit. Other ISPs may give you credit if you’re here on a retirement visa.

If there’s any chance that you’re going to want credit, take your work permit. If you don’t have a work permit, take a Thai national with you. They may have to sign your application: if you skip town, they’re on the hook for your bills.

4. If you want to register the line in the name of a company, all of the usual company requirements pertain.You’ll need a recent copy of the company’s registration, and a certified list of directors/shareholders. One of the directors will have to sign the paperwork.

5. If you want to have the charges billed automatically to a bank account, bring the bank book. Be aware of the fact that you’ll have to get a form from the ISP, which you take to your “home” bank branch, have it endorsed, and return the endorsed form back to the ISP.

Some people strongly advise against having any Internet account billed automatically. I’ve had problems in the past getting automatic charges canceled, but usually a trip to the bank (not just the ISP) will cut the connection.

6. It doesn’t hurt to bring a map with you, along with the precise address of your location, written in Thai. At the TOT office, they’ll look up your location with Google Earth, so you might even want to take a KMZ location file, which can be generated by Google Maps or Google Earth (put a pin on the location, right-click on the pin and choose Save Place As..).

7. If at all possible, take a translator. The general level of English capability has improved immeasurably since I got my first Internet line 11 years ago but it still isn’t perfect – and the clerks have to deal with an enormous variety of English accents.

8. If you’re going for a wireless connection, take the device – the PC, iPad, phone, whatever – that you’re trying to get connected. It will take an hour or two to get your new connection working, so plan on spending some time shopping, walking around or running errands. Stick around until the connection is working to your satisfaction.

CAT, in particular, understands that their wireless network signal doesn’t carry to all parts of the island. You can take your PC to CAT early in the morning, take it back home and test it. If the connection doesn’t work, you can return the dongle later in the afternoon for a full refund.

9. If you’re getting a wired connection, make sure somebody will be home when the installer shows up. Yes, installers in Thailand are frequently late – it happens all over the world. But if they show up and you aren’t around, it can take a long time to get rescheduled, particularly if there’s a communication gap.

10. Understand that the ISP isn’t necessarily responsible for wiring inside your house. An extra hundred baht or two and a jai yen yen approach can make a world of difference.

Believe me, getting a line now is infinitely easier than it was a decade ago, when bribes and incompetent technicians were just part of the experience. Nowadays, with the exception of the language barrier, getting a good line isn’t appreci