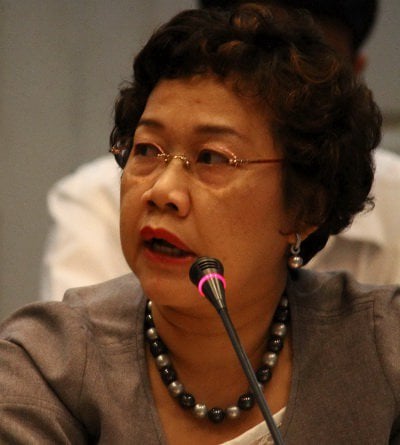 PHUKET: The Office of Transport and Traffic Policy and Planning (OTP) will ignore all feasibility studies conducted by companies that have expressed interest in developing a light-rail system in Phuket.

Thenews was delivered by Kobkul Motana, the assistant director of the Bureau of Regional Transport and Traffic Promotion under of the Ministry of Transport’s OTP department, on Friday.

Ata meeting attended by Phuket Governor Tri Augkaradacha, Ms Kobkul explained that, by law, only the Thai government could conduct such studies.

Whether or not this was explained to the companies that have already conducted their feasibility studies was not elaborated on.

However,Ms Kobkul added, “The Cabinet is now considering amending the act to allow private companies to conduct such studies.”

A similar study in Phuket, focusing on developing a bus rapid transport system, was carried out in 2006, but deemed inappropriate at the time.

“Now things have changed, such as the increasing volume of tourists. Wehave, therefore, been asked to reassess the viability of a light-rail system that would run from Phuket International Airport to Chalong Circle,” Ms Kobkul explained.

“I will request that the Ministry of Transport set a budget of 30 to 40 million baht to carry out the study, which will include a review of the potential environmental impact. The study should not take more than one year to complete and the budget for the study should be available by fiscal 2014,” she added.

Switching topics to the proposed rail link between Phuket and Surat Thani, Ms Kobkul explained that a provisional budget of 124.6 million baht to carry out a feasibility study for that project had already been approved by the mobile Cabinet meeting in Phuket in March.

“I believe the study will begin at the end of the year and should be completed within about 14 months. Our tentative idea is to link the new railroad with the convention center [in Mai Khao] and Phuket Airport, as well as Phuket Town,” she said.