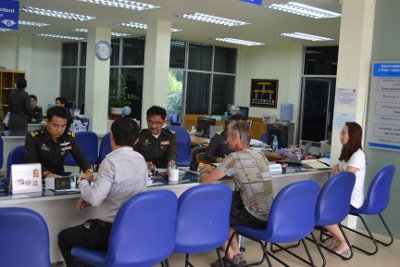 PHUKET: The Phuket Immigration Office in Phuket Town will be closed for five days in April to observe a series of public holidays.

The Phuket Immigration Volunteers today issued a notice that the office will be closed on:

The office is also closed on Saturdays and Sundays.

Anyone with urgent queries is encouraged to call the Phuket Immigration Volunteers hotline at 090-170 7360 between 8am and 8pm. The calls will be answered in English.