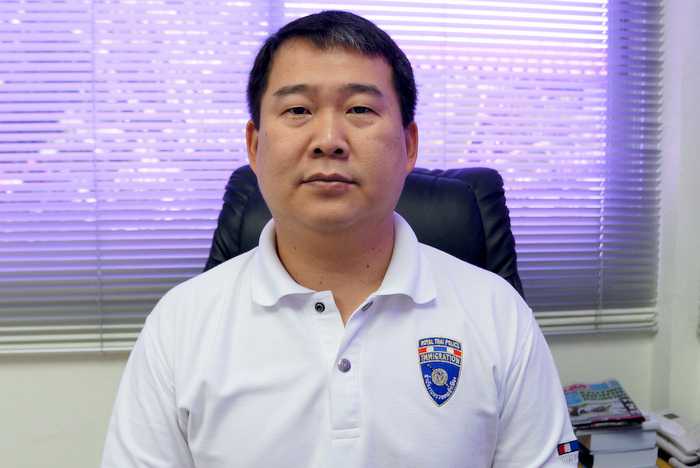 PHUKET: The Phuket Immigration chief has avoided answering questions regarding complaints from foreigners about slow service and long queues spilling out of the office in Phuket Town, with some foreigners having to return over several days in order for their applications to be processed.

One foreigner reported to the Phuket Gazette that he arrived at the office in Phuket Town at 9am on October 29 only to be told that to come back that afternoon.

“I was told to come back after lunch, at about 12:55pm, otherwise I would not get a number for the afternoon session,” he wrote.

“Thinking I was clever, I returned to immigration at 12:30pm. By then the queue was already down to the bottom of the stairs outside the building. At 12:55pm one of the immigration volunteer foreigners came out with 30 numbers to give out to long-stay visa applicants.

“There was a scramble for the numbered cards. I managed to get the last one by demanding, ‘Give it to me!’

“The volunteer looked a bit sheepish and retreated into the office. For what it was worth, he might as well have scattered the 30 numbered cards that ensured you would be processed, like so many breadcrumbs.”

One elderly man who had been queuing since 9am just to get his passport given back to him with the appropriate visa finally received it at about 3:25pm, wrote the foreigner.

“I think he did anyway. I was the last and waited from 1pm until 3:25pm to be seen. The official mumbled something about finding my old passport record and told me to come back tomorrow to have the passport processed,” reported the expat, a Brit.

“It is chaos every day. I asked one of the volunteers what had caused this farce and he replied that the number of applicants had increased.”

When asked about the issue, Col Sunchai Chokkajaykij, chief of the office, only replied that the visitor lobby is currently undergoing renovations.

“The work will be finished within two weeks,” he told the Gazette.

Col Sunchai did not comment when asked about the lack of officers on duty at the office, and did not provide any other explanation for the long queues.

He also declined to explain what would happen if a foreigner overstayed his or her visa because of the delay in passport processing.

The reports of exhaustive waits at the immigration office in Phuket Town come as Col Sunchai faces increasing pressure to explain to Phuket Governor Nisit Jansomwong why a foreigner filed a formal complaint about immigration officers at the Patong branch extorting cash payments from foreigners for services that should be free.

If the explanation fails to demystify the incident, the governor said he would launch an investigation (story here).

Governor Nisit earlier this week confirmed that Col Sunchai had until today to file his report (story here).