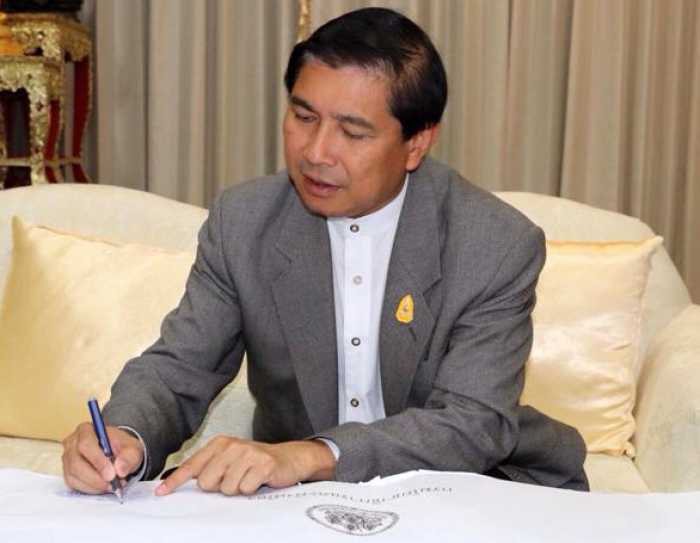 The construction firm has 995 days to complete the project.

The original plans for the new seat of provincial government included a seven-story building, complete with rooftop helipad (story here).

However, protests by more than 200 Phuket residents last year derailed plans to build the new facility at Sanaam Chai, the field across the road from the current Provincial Hall, which is more than 100 years old (story here).