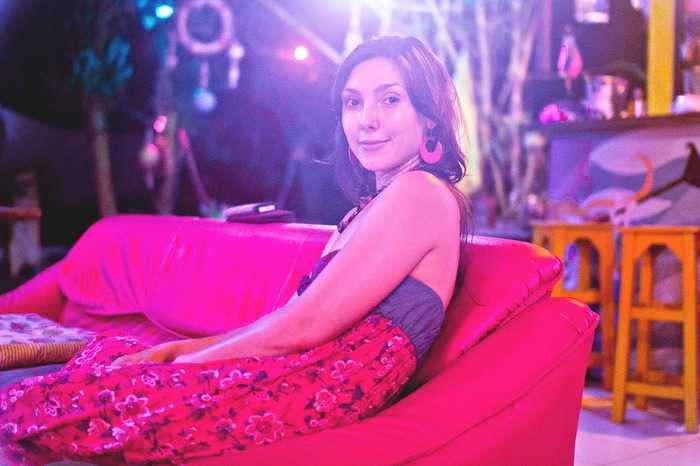 PHUKET: Friends and family of Phuket expat Maria Dapirka are fighting to prevent a possible death penalty for the Russian after she was arrested in Vietnam for attempting to smuggle in nearly 3 kilograms of cocaine in her carry-on luggage.

Ms Dapirka, 28, who had been living in Rawai, at the southern end of Phuket, was detained in Ho Chi Minh City’s Tan Son Nhat International Airport on August 23 after arriving on a flight from Singapore, reported The Voice of Vietnam.

Under Vietnam law, Ms Dapirka could face the death penalty for drug trafficking, but relatives are hoping to prove that the woman was the victim of a gang of drug dealers from Nigeria, reported the Russian online newspaper Gazeta.

The family noted that Ms Dapirka had spoken about a man named Nick, who she had been living with in Thailand. The family alleged that Nick had given Ms Dapirka the bag full of drugs without her knowledge.

“Maria would not carry cocaine, she has always lived a strictly healthy lifestyle. She does not eat meat, does not smoke, does not drink, has always said that she thinks all of those things are really disgusting,” Vadim Dapirka told the Gazeta.

Ms Dapirka’s relatives reported that they have a picture of Nick, but are currently trying to track down his full name and current location.

One post by Julia Aleshina on Ms Dapirka’s Facebook reads, “This is an appeal to all who communicated with Masha! If you know anything, if you were told something… if you know where and to whom she carried things, if you somehow can help. If you live in Thailand or Vietnam, write me, I will pass it to her relatives. We need your help! Any kind of help.”

According to the family’s statement to the Gazeta, Ms Dapirka is being held in a Vietnamese prison and does not have a lawyer to represent her.

Vadim Dapirka, Ms Dapirka’s brother, told the Gazeta that the family had not heard from Ms Dapirka since August 23 and became worried, so they contacted the Consulate-General of the Russian Federation in Ho Chi Minh City.

“An answer from the Vietnamese came quickly, reporting that the Consul would meet with Maria on September 12,” Mr Dapirka said.

Under Vietnamese law, any persons convicted of trafficking, illegally producing or carrying 100 grams or more of cocaine can be sentenced to death.