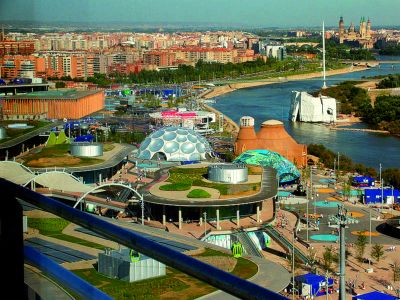 PHUKET: The prospect of Phuket winning a bid to host World Expo 2020 is an exciting one, but there are huge hurdles to overcome if the island is to be ready for the task. [See page 4, current issue of the Phuket Gazette. Digital subscribers click here.]

Phuket easily satisfies most of the criteria needed to be a World Expo host.

As Governor Wichai Phraisa-ngop correctly pointed out at a recent meeting to discuss the bid, Phuket has plenty of space to host the event, as well as an international airport, sufficient high-quality accommodation and a unique culture to show visitors.

The major stumbling block is a familiar one to readers of this space: transport.

Shanghai Expo 2010, which runs from May 1 to October 1 this year, had more than eight million visitors in its first month alone.

The idea that Phuket could accommodate so many visitors in such a short period of time is, to put it lightly, risible. Tuk-tuks, airport limousines and the meager fleet of public buses are clearly not up to the job.

Gov Wichai nevertheless remains optimistic that needed infrastructure – including an international convention center, new Sarasin Bridge, monorail network and the Patong Tunnel – will be in place by 2020.

While it’s not difficult to believe the convention center and new bridge to the mainland will be ready in 10 years, delivery by that time of the controversial Patong Tunnel and a mass transit system is far from assured.

Gov Wichai has been a force for positive change since he took office, but his term is likely to end this year. Whether his successors will share his ability to get things done or to enjoy so much backing from Bangkok is far from certain.

Any sort of mass transit system – whether monorail, light rail or bus network – will face strong opposition from those powerful vested interests who continue to profit from today’s abysmal transport status quo, and do so at the expense of every other tourism industry sector.

Costs for both the Patong Tunnel and a mass transit system would run into the billions, but funding issues have yet to be seriously addressed.

With both a new indoor market and a bus terminal standing empty due to administrative wrangling, the island’s record on project delivery is not exactly a stellar one.

But perhaps the prospect of having the eyes of the world trained on Phuket for a major event is exactly the impetus needed. If a mass transit system were to be a quid pro quo for a successful bid for World Expo 2020, then the government would have no choice but to provide one.

Phuket to crack down on World Cup gambling