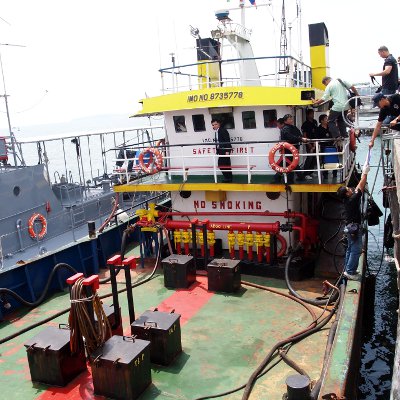 The fuel on the Singa Maju, estimated to be worth more than 20 million baht, was being sold to fishing ships in the area.

Following a tip off, customs officials, led by Rakop Srisupaat, Chief of the local Customs Investigation and Suppression Bureau unit, raided the boat on Thursday and arrested the captain, identified only as “Ranlan”, and his six Indonesian crewmen.

All seven were taken to the Phuket Customs Office and charged with the illegally importing and distributing diesel fuel.

“The ship re-fueled in international waters and then entered Thai waters to sell the fuel to fishing ships without paying taxes on it,” explained Customs Department Director-General Somchai Poonsawat.