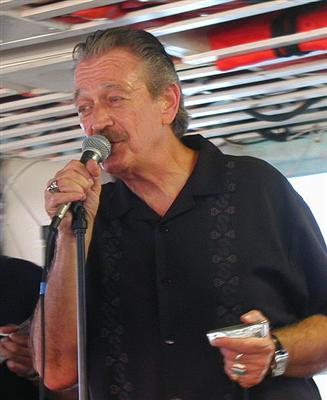 PHUKET TOWN: Presented by Thai Airways International, the Phuket International Blues Rock Festival is back with its biggest bang since its inception in 2005.

Once again hosted by the Hilton Phuket Arcadia Resort and Spa, the show takes place on February 26 and 27 in Karon, where gates open and beer begins to flow at 5 pm. Music starts at 6pm Friday and 5:30 Saturday.

The 2010 event will see 12 acts in total, with eight international acts including headliner Charlie Musselwhite.

A blues legend, Musselwhite has featured at all the world’s biggest festivals and will play in Thailand for the first time on Saturday, February 27.

A 40-year veteran, Charlie has more than 20 albums, 24 WC Handy (Blues Foundation) Awards and seven Grammy nominations to his credit.

From Australia comes Richard Clapton; a household name there since 1975 when his hit Girls on The Avenue soared on the charts. He will be among the acts appearing on Friday, February 26.

From Malaysia comes AkashA; a top-rated World Music band. Famed Latino Blues master Andy Gonzales from the US also joins the festival for the first time, along with Robert ‘One Man’ Johnson and Bangkok’s Retrovision.

Back by popular demand will be Rich Harper, along with KNiKi from Australia. Phuketians Tony Wilson and Rob Davies will also be back with a top notch band.

There will also be a festival warm-up show on Friday, February 25 at the Tai Pan in Patong.

The festival is a charity event, with funds donated to organizations dedicated to local child education projects. For 2010, the festival will support the Rotary Club of Patong Beach and its local education program.