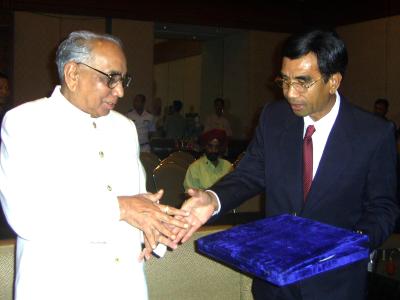 CHERNG TALAY: Delegations representing the City of Port Blair and Phuket Province have signed an agreement “cementing the friendship” between the two geographic entities and effectively making them “sister cities”.

The Memorandum of Understanding (MoU), signed on Wednesday at a late-afternoon ceremony at the Sheraton Grande Laguna Phuket, consisted of two Articles.

The first states that “both sides agree to promote international understanding and strengthen the relationship through tourism, education, culture, urban development, commerce and investment.”

It was the second MoU signed by Phuket and the Andamans, the previous one being in late November, 2003.

Ram Kapse, Port Blair-based Governor of the islands, said after the signing that the MoU further strengthens the long-standing good ties between Thailand and India.

Phuket Governor Udomsak Uswarangkura told reporters that the two sides would now work on other issues, such as allowing Thai fishing vessels to work in the waters around the Andaman & Nicobars for more than the one month currently allowed.

“If they can fish for only a month, it’s not worth it for them to go there. We would like to have the period extended to three months,” he said.

Gov Udomsak also said both sides had agreed in principle to work toward establishing direct air links, saying that such a move would be particularly beneficial to the recreational diving industries in both places.

Prime Minister Thaksin Shinawatra discussed the issue with the Indian government during a recent visit to New Delhi, he noted.

Gov Udomsak said they had also discussed linking Thailand’s tsunami warning system to Port Blair through Phuket, as this would make tourists feel more secure when traveling in the region.