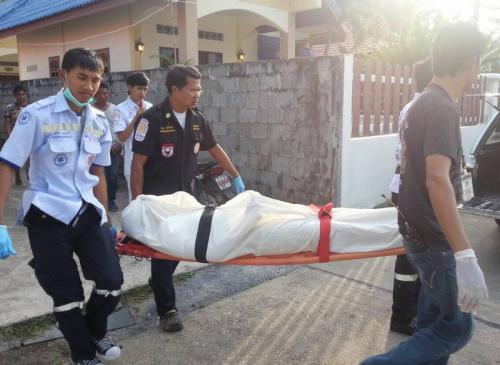 PHUKET: A young airport employee was found dead in his room yesterday afternoon, the possible victim of a heart attack.

Pongsakorn Janthorn, 21, who worked at Phuket International Airport as a wheelchair attendant, had not been alone the night before he died.

“On Tuesday night he came home late, around midnight,” said his roommate, Peerapol Pajjamoon. “He had a woman with him, so I went to sleep in a friend’s room in order to give him privacy.

“When I came back to the room in the morning to take a shower before work, I thought he was still sleeping, so I didn’t talk to him.

“At about 4:15 a friend who lives next door called to tell me Pongsakorn was dead. I rushed home.”

Police called to the Mai Khao rental room saw no signs of struggle or robbery and found no medicine in the room.

“We talked to his roommate, who said Mr Pongsakorn wasn’t sick and wasn’t taking any medicine,” said Lt Thanom Thongpan of the Tah Chat Chai Police.

“At this stage, we believe he died of a heart attack.”

Police believe that Mr Pongsakorn had been dead for over three hours when his body was discovered.

“The woman he brought back with him is not a suspect, but we want to question her,” said Lt Thanom.

Doctors at Thalang Hospital are determining cause of death.