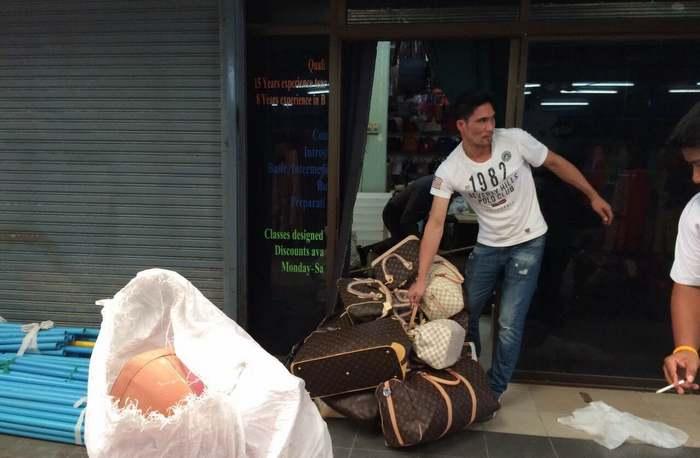 The raid followed Patong Police receiving a tip-off that a large number of fake name-brand products were being delivered to two shops at Patong’s One Tambon One Product shopping area for the start of the high season, confirmed Maj Wanpadet Janyarom of the ECD.

No arrests were made during the raid.

“The shop owners fled the scene before we arrived. However, we were able to seize the pirated items, which included shoes, purses and luggage,” sad Maj Wanpadet. “A lot of the complaints and tip-offs we receive come from the name-brand companies themselves,” Maj Wanpadet explained.

A complaint sent to the United States Embassy in October led to officers seizing more than 4mn baht worth of fake goods throughout Patong (story here).

“We will continue to do our job and rid Thailand of fake copyrighted-goods,” Maj Wanpadet added.

The maximum penalty for selling pirated goods is four years imprisonment, a 400,000-baht fine or both.