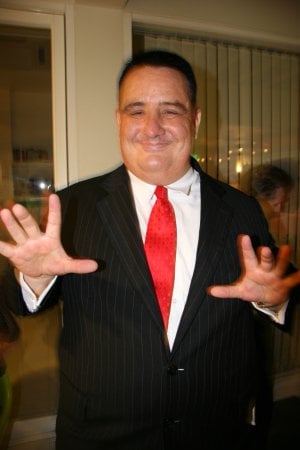 PHUKET: Joe Conrad, one of Asia’s best-known magicians, will be staging a regular magic show at his own venue in Patong come December.

Billed as Asia’s Premier Magic Spectacular, the 90-minute show is being choreographed as family entertainment with initial prices set at 900 baht for adults and 600 baht for children. The show’s grand finale will feature a “disappearing” baby elephant.

Making the announcement last night at the monthly International Business Association of Phuket meeting at the Dara Hotel on the bypass road, Mr Conrad said there will be four shows a week, starting December 15.

Construction of the 700-seat venue, opposite the SFX cinema complex on the top level at Jungceylon, will begin September 15.

“It’s a huge project. We are bringing US$1.5 million of equipment and there are 40 people involved in the show,” said Mr Conrad.

The famed magician will bring a recognized world-class act to the island. As a graduate of the Chavez Studio of Magic, Mr Conrad has joined the ranks of some of the world’s best acclaimed magicians in the art of deception.

As with so many other high-profile celebrities who make their way to Phuket, the island’s charm has already worked some magic of its own, with Mr Conrad already confirming he and his team will be involved in some local community work.

“I have a mentally disabled brother, so I am very used to looking after him. It will good to help other people in the community,” he said.

The master magician also confirmed that he has had some apprentices over the years. Whether he will be taking on more in Phuket remains to be seen.