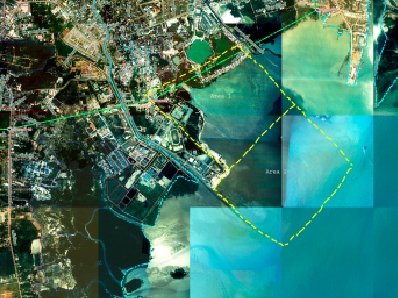 PHUKET: A proposal has been put forward to develop a multi-purpose tourist center at Saphan Hin in Phuket Town.

Saphan Hin is Phuket Town’s largest park and its seafront has long been earmarked as a location for a major new tourist development.

The proposed development would include both onshore and offshore facilities around the man-made peninsula, covering 500,000 square meters and featuring a hotel, apartments, a business zone, a public park, a university and a research institute.

Following a site survey and unofficial talks with Phuket Town Mayor Somjai Suwansupapana, LMG Marin want to carry out a pre-feasibility study of Saphan Hin to analyze whether a new development is possible.

The company is now waiting for Gov Tri to give the green light to the pre-feasibility study before proceeding. If given the go-ahead, the study will take one year to complete. It would then be handed over to the Phuket Provincial Office.

The estimated budget for the study is US$4 million (more than 122.8 million baht).

The offshore facility includes the installation of a concrete platform beneath the sea just offshore, which part of the development would be built upon.

LMG Marin representative Natthasak Songserm told Gov Tri that construction of such a platform would not be detrimental to the local environment.

While agreeing with the need to add value to Phuket’s tourism industry, Gov Tri refused to give the pre-feasibility study the go ahead at this time, saying he first needs to gauge opinion among other Phuket officials and the local residents of Saphan Hin.