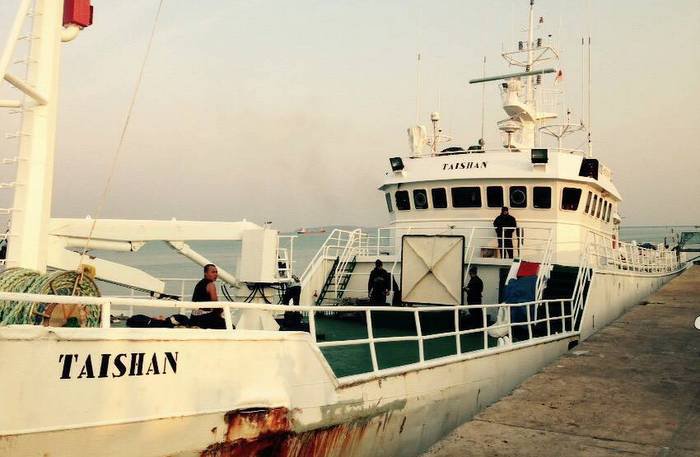 PHUKET: The ongoing search for the illegal, unreported and unregulated (IUU) fishing vessel that slipped through the fingers of Phuket officials earlier this month (story here) is now the subject of an international pursuit, confirmed Vice Admiral Sayan Prasongsamrej, commander of the Royal Thai Navy Third Area Command yesterday.

“As soon as we received the report that the vessel had gone missing, we began an air search in the south, where we believe the vessel may have gone,” said V/Adm Sayan.

“The vessel was under investigation regarding its registration, so the crew were not in police custody. They were just mooring like any other ordinary cargo ship.”

Despite their best efforts, the Navy was unable to track down the ship, Taishan, which was seized in March after having already fled from the navies of New Zealand and Australia, as well as global conservation organization Sea Shepherd (story here).