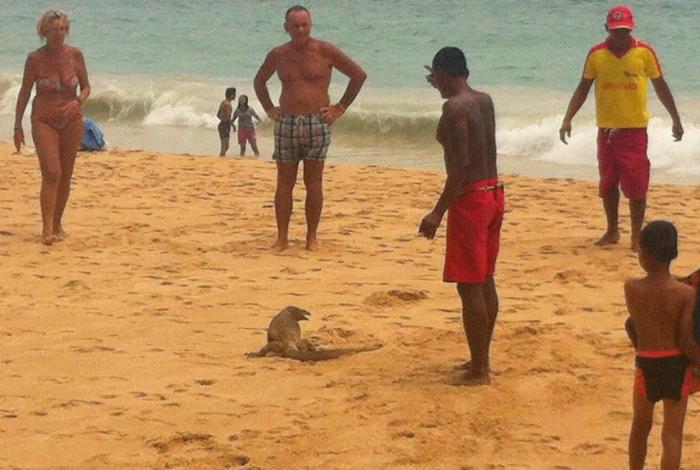 Pictures of the lizard taking a stroll on the beach and a triumphant lifeguard appeared on a Facebook page named ‘Phuket Lifeguard Service’ with the caption “Nai Harn has a guest today. We had to take it off the beach.”

The lizard was about a meter long and weighed more than seven kilograms.

It was removed and released into the forest to avoid any ‘biting’ incidents with beach-goers, who officials feared might have attempted to take selfies with the reptile.

“The lizard may have come from the forest, as Nai Harn is close to the hills of Laem Promthep,” said one of the lifeguards present at the scene.

Three arrested in Phuket for serial theft, possession of drugs