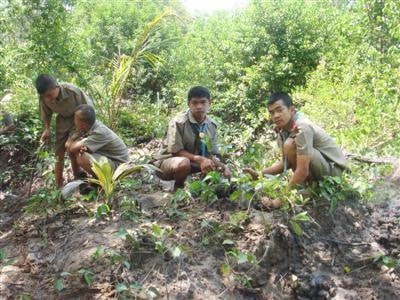 The event was organized by the Pa Khlok Tambon Administration Organization and presided over by its president, Atipong Kongnam.

The planting of more than 1,000 mangrove saplings took place along a small creek south of the Phuket Home for the Elderly, extended about one kilometer inland along its banks.

Mr Atipong said the event was also intended to raise public awareness of the need to preserve the island’s mangrove forests for future generations.

Similar events are conducted almost every month, but the larger ceremony was held out of the community’s deep respect for HM Queen Sirikit, he said.

“Our community is very strong and everyone got behind this activity,” he said.