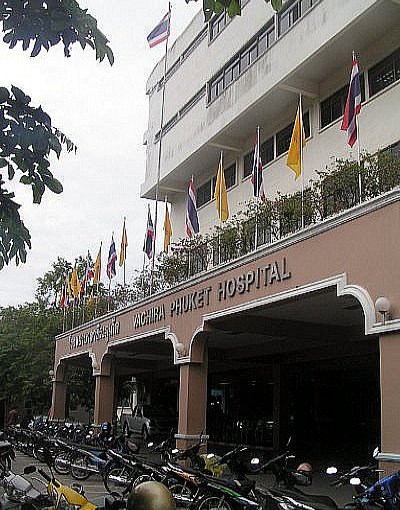 PHUKET: Relatives of a suspected broken-hearted man heard screaming from the fourth floor of a commercial shophouse where he lived and ran up to investigate.

The man, whose name the Phuket Gazette is withholding, attempted to commit suicide in the shophouse off Montri Road by slashing his own throat, according to the local Thai-language newspaper Siangtai Daily.

Police were immediately notified by the relatives who run a mom-and-pop store on the ground floor.

Police believe the man, in his early 30s, tried to take his own life after his girlfriend began to shun his affection.

Phuket Kusoldharm Foundation rescue workers raced the man to Vachira Phuket Hospital for emergency treatment of the deep gash to his throat.

At last report, the man survived his wound and was recovering at the hospital.

PM Yingluck makes no promises ahead of Cabinet meeting