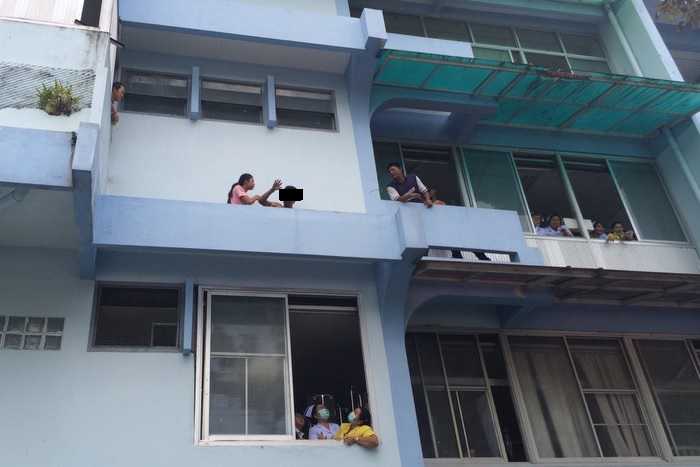 PHUKET: Officers at Vachira Phuket Hospital in Phuket Town were forced to restrain a patient in a maniacal fit after he jumped from a third-floor balcony to a balcony on the second floor, and threatened to jump again.

The man, who hospital officers declined to name, was preparing to jump from the second floor to the pavement below when officers were called in to subdue him.

“We arrived at the scene and saw the man with minor cuts and scratches, and a little bit of blood coming out of his mouth,” a Kusoldharm Foundation rescue worker told the Phuket Gazette.

“His family had tried but were unable to calm him down, which is why we had to restrain him.”

The rescue worker told the Gazette that the man was raving and trying to break free from officers’ restraints all the way to the Intensive Care Unit (ICU), where he is under observation.

“He is now in the ICU under the control of six officers,” added the worker.

Doctors have yet to confirm possible causes of the man’s outburst. They did confirm, however, that he is under observation and that they are assessing his mental condition.

The doctors declined to reveal why he was originally admitted to the hospital or any medical conditions he may have.

Phuket freedivers go for distance in the Dynamic with Fins event