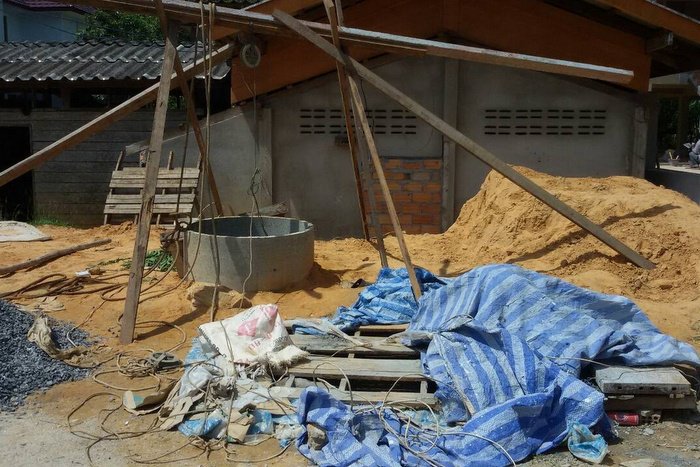 PHUKET: A man died and his son is in Krabi Hospital’s Intensive Care Unit (ICU) after the two fainted while digging a groundwater well in Krabi.

Prapan Chaikhao, 59, and his son, Somnuek Chaikhao, 38, were hired to deepen the 1-meter-wide, 7-meter-deep well because it had dried up, local villagers told police.

“The two went down together to dig, while two of Mr Prapan’s other children waited at the top,” said Lt Col Pattiwat Limchun of the Lamthap Police.

“We believe that the men ran out of oxygen, as the well is very deep. After working for about 30 minutes, the men became silent. The children waiting at the top immediately called for help.”

When rescue workers and police arrived at the scene, they found a crowd of locals gathered around the well working together to bring the two men back to the surface, said Col Pattiwat.

“The rescuers took over and tried their best to bring the men up one by one using a rope. It was very difficult work. It took about 30 minutes for them to do it,” he said.

Both men were administered cardiopulmonary resuscitation (CPR) before they were taken to Lamthap Hospital and then transferred to Krabi Hospital.

“Mr Prapan was declared dead at Krabi Hospital. Mr Somnuek is still unconscious and in the ICU,” Col Pattiwat confirmed.