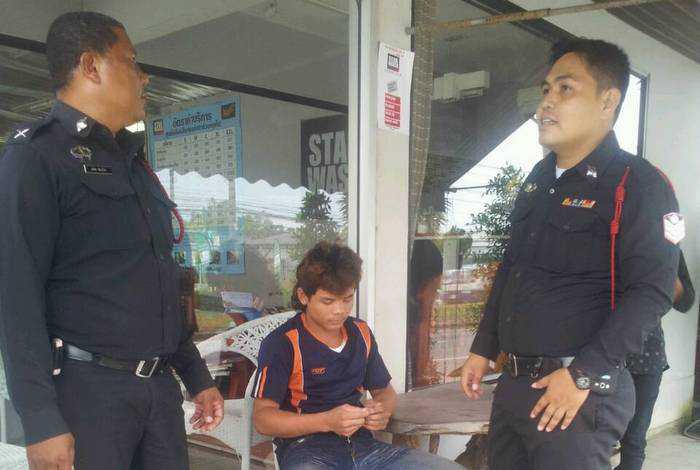 PHUKET: A Myanmar national has confessed to watching women use a public restroom to fuel his sexual fantasies.

The 18-year-old, named by police only as “Mr Joe”, was caught looking through a crack in the wall of the bathroom at Star Wash car care yesterday afternoon.

“I saw his eyes watching me through the crack while I was using the bathroom,” said a woman, who declined to be named. “I shouted for help.”

Mr Joe was quickly apprehended, and later confessed to police.

Mr Joe was taken to Thalang Police Station and charged with disturbing the peace in a public place, under Section 397 of the Thai Criminal Code.