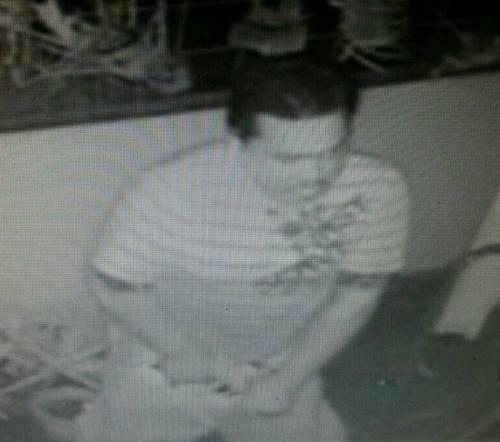 PHUKET: Police are now sniffing out the trail of a chronic underwear thief who was caught on CCTV stealing over twenty pairs of drying panties from an apartment complex in Phuket Town.

After receiving multiple complaints from residents of Chaloemlarp Apartment about their underwear being stolen, the owner of the complex set up a CCTV camera system.

“On July 2 at about 9pm, the cameras I set up captured a man, who looks to be 25 to 35 years old, arriving at the apartment complex on a motorbike and pretending to be talking on his mobile phone,” the owner, Somsak Somjai, told Phuket City Police on Thursday.

CCTV footage then shows the man walking to the back of the apartment where clothes are drying.

“Still talking on the phone he starts stealing the underwear – stuffing them into the front of his pants and his pockets,” Mr Somsak said.

Mr Somsak brought the video footage to the Phuket City Police where he filed a formal complaint against the man on July 11.

“We now know the face of the suspect, so we are searching for him,” Porntip Chumsri, the Phuket City Police case investigator, said.

“Once we catch the suspect we will charge him for intrusion and theft,” Capt Porntip said.