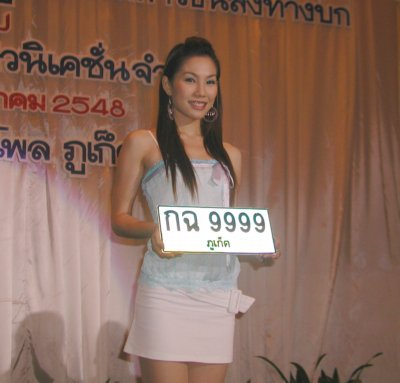 PHUKET: Lucky license plates will be up for grabs in Phuket later this month at the Phuket Department of Land Transport’s 5th Annual License Plate Auction.

A total of 301 license plates will go under the hammer in the Prapitak Grand Ballroom at the Metropol Hotel Phuket between August 12 and 13. Some of the ‘lucky’ plates are expected to sell for hundreds of thousands of baht.

License plates that include the same number in a series, such as ‘1111’ and ‘9999’, are considered especially auspicious. The opening bids for these double pairs are set at 50,000 baht each.

Previous license plate auctions have each generated more than 10 million baht for the Phuket Department of Land Transport.

For more information, call the Phuket Department of Land Transport: 076-211019.