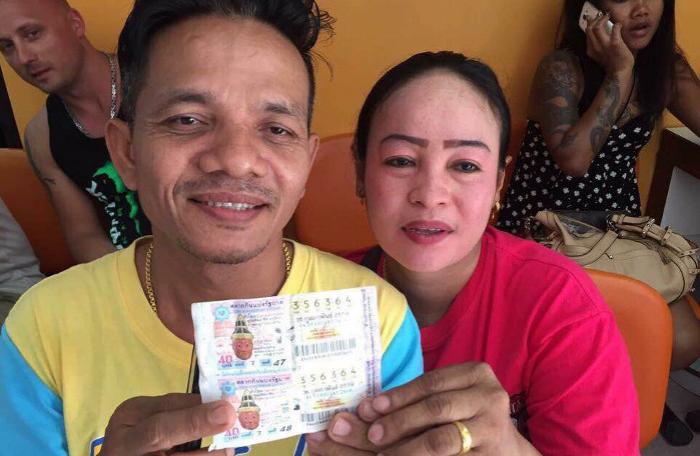 PHUKET: It was a ‘lucky strike’ this week for a cigarette vendor in Patong when she won a 6-million-baht prize in the national lottery.

Puangpetch Boonpetch, 40, yesterday arrived at Patong Police Station with her partner to file a police record about her winning lottery ticket number 356364. She is set to fly to Bangkok to claim the money today.

“I sell cigarettes on Bangla Road, but sales have not been that great lately. So, I decided to buy a lottery ticket from a vendor in front of Ocean Plaza,” said Ms Puangpetch.

“There was only one ticket left. At the time, I never imagined I would win.”

Ms Puangpetch said that she called her partner as soon as she found out and they immediately went to the police station to record her ticket, in case it was stolen.

She preferred not to reveal what she plans to spend the prize money on.

Village headman gunned down in front of home