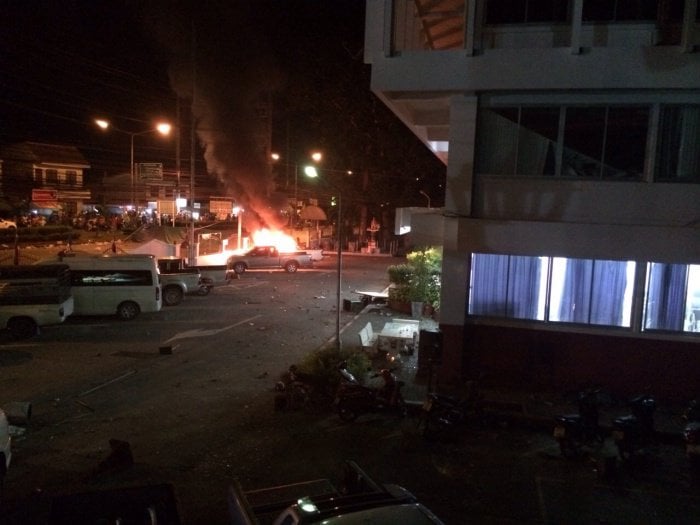 PHUKET: An angry mob attacked Thalang Police Station and blockaded Thepkrasattri Road in an attempt to get to Superintendent Amnuay Kraiwuttianan last night.

The group of about 60 of the protesters descended on the station at about 6pm, setting fire to at least six police vehicles.

The outraged mob claimed that police used excessive force in their attempt to arrest two suspected drug dealers: Patomwat Panarak, 22, and Teerapong Srisamut, 17. Officers crashed their car into the fleeing suspects’ motorbike at 11:30am yesterday.

Both suspects died in the crash. At the scene, police found fifty ya ba (methamphetamine) pills.

Officers and military personnel have regained control of the situation and are currently negotiating with members of the mob, which was led by relatives of the deceased.