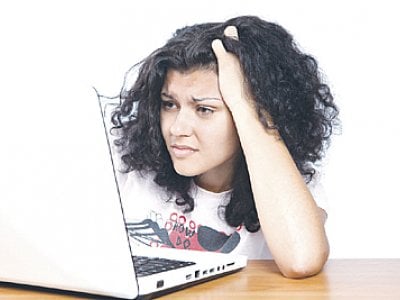 PHUKET: This is the final installment in a four-part series of articles about getting connected to the internet in Phuket. High season is upon us and many people are looking for good internet connections – for a month, a year, or the rest of their lives. In these four articles I’ve tried to distill more than a decade’s worth of hard internet knocks into a fairly comprehensive view of what’s good, bad and reprehensible in local internet technology.

In the first installment in this series, I talked about the general state of internet connections in Phuket. We on the island suffer from a small subset of the general malaise over internet in Thailand in general – political infighting, turf battles, malleable regulations, persuadable officials, and an apparent lack of concern about consumers. With hundreds of billions of baht at stake, and millions of consumers getting the shaft daily, the Keystone Cops approach just isn’t cutting the mustard.

In the second issue of the series, I covered the current offerings in land lines, with TOT Fiber 2U 10 Mega bits per second (Mbps) representing the best bang for your baht (1,500 baht/month), True DOCSIS “Ultra” coming in second (if you can get it; 599 bt/mo or 1,299 bt/mo for a moderately faster line), then TOT’s WiNet hybrid wireless-to-your-home (599 bt/mo), and finally all of the ADSL lines, from 3BB, CAT, TOT or True, which are generally indistinguishable from one another, and run to 599 bt/mo. No, I don’t recommend signing up for internet service with your cable TV provider; I’ve heard too many horror stories.

Last week I talked about ‘3G’ wireless connections. My recommendation is to go with CAT’s “My Click”, because it’s considerably cheaper than the alternatives. You may find a good bargain on a specific phone or tablet at TrueMove-H or DTAC (both of which use the same network as CAT), or at AIS (which uses the same network as TOT). Speed and reliability seem to be much more dependent on your location than on the company nominally providing the service.

In general, land lines provide service that’s usually good enough to run a Skype video call, or play streamed standard-TV-quality video, as you might from YouTube. International download speeds typically run between 1 and 2 Mbps, with some lines going up to 3 or 4 reliably (See phuketinternetspeed.com).

Some land lines are good enough to stream high definition TV, but they’re definitely the exception, not the rule.

If you’re trying to download torrents, special conditions apply: some internet service providers actively throttle (cut back the speed on) torrents or access to the newsgroups. There are tricks.

On the wireless side, you can expect speeds that are about half of that offered by typical ADSL land lines. Again, that’s usually good enough for a Skype video call, or playing YouTube videos on your phone or tablet. But you can’t expect much better. All 3G plans cap your data usage at some point – 2, 3 or 4 GB, usually – but you should check each individual plan.

When you exceed your data cap for the month, the service provider cuts your speed way, way down. That makes 3G in Phuket useful for phones and tablets if they aren’t used too much, but it puts a big crimp on using 3G for general web surfing or downloading a lot of email. Downloading big files, including torrents, over 3G, is an exercise in futility.

So how do you sign up for an internet package? There are a few tricks.

First, stay flexible. On a recent house hunting trip I was shocked to discover that the main land line providers don’t even have cable run to some of the most internet-savvy places on the island: it’s as if nobody has figured out that people in nice houses with significant disposable incomes are actually willing to pay for good, faster internet service.

In other words, don’t expect logic (I’m sure you knew that).

Second, don’t believe anything you read. There isn’t one, single internet service provider on the island that reliably supplies one-fifth of their advertised bandwidth for international access: sign up for a 10 Mbps line, and you’ll probably get 1 Mbps. And if you really believe the wireless service in Phuket runs at 42 Mbps, I have a bridge in New York I’d like to sell to you.

Third, if you already have an internet provider, and you don’t like your service, go to the provider and see if they’ll upgrade you for a small fee. Upgrading typically doesn’t involve any labor: somebody in Bangkok types a number into a computer, and you’re suddenly on a different circuit. Sometimes that works, sometimes it doesn’t.

Fourth, don’t try to do anything over the phone, and don’t expect to get anything done in English. Some of the internet service providers have staff with excellent English skills: the CAT and True offices in Central, True in Lotus, TOT on Chao Fah West and TOT Patong come to mind immediately. Many of the other providers aren’t so lucky. When you’re ready to get a new package, physically go to the office, and take a Thai-speaking friend with you.

Fifth, when you go to the service provider’s office, take your passport (or ID card if you’re Thai). If you’re looking for a postpaid account, where you don’t pay for the service in advance, keep in mind that you’re actually applying for credit. Some service providers will give you a postpaid account if you have a work permit. Others will give you an account if you have a retirement visa, and the rules change all the time. Many require that a Thai national sign you up, to guarantee that the bill will be paid.

Sixth, when you go to the service provider’s office, take an exact street address, written in Thai, plus a map. You’ll need it.

Eighth, if you’re getting a wired connection, have a schedule for when the installer can find you at home. The installers here aren’t any more reliable than the ones anywhere else in the world, so give yourself lots of leeway. You also need to understand that the installer is only responsible for getting the internet working up to the boundary of your property – they’re not responsible for wiring inside your house. That said, most installers I know are willing to go the extra mile and make sure your line’s working all the way to your computer, for a few hundred baht.

There you have it. Stick with those eight guidelines and you’re likely to have a decent internet connection going in short order.