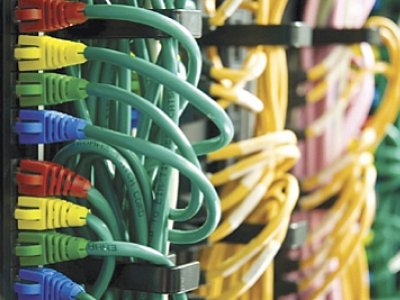 PHUKET: High season is approaching. Every year about this time I start getting inquiries about connecting to the Internet in Phuket.

As people flock to Phuket for vacations and new jobs, many decide to stay for a week or a month or a decade, and one of the very first questions they have is how in the world to get hooked into the grid, Phuket style.

Other people write to me and ask how they can switch their abysmal (the term is usually considerably more colorful) internet service. The short answer is that there’s no way to know for sure – in Phuket, more than any other place I’ve ever been, there are huge variances in line quality and loading; one person’s fabulous line may be another’s nefarious Skype-dropping mess.

When I first arrived in Phuket twelve years ago, my very first task – after finding a temporary place to live – was to get an internet connection going. There wasn’t much reliable information back then, and there isn’t too much more now.

Internet Service Providers (ISPs) in Thailand are fighting a lot of different battles, and consumer relations is only part of the picture.

Over the years, I’ve stressed measuring international download speeds. We’ve had a lot of problems with getting accurate reports – TOT and True, in particular, have jimmied their lines to give unrealistically good performance measures with the tests we use. I still haven’t found a good solution to that problem. I’ll be meeting with an expert on the topic over the next few months to see if we can find a better way.

For now, the best I can do is give you a relatively educated guess as to the capabilities of the internet packages available on the island, and steer you in the direction that I would go. Your mileage may well vary.

International download speeds aren’t as crucial as they once were. Many companies – Google (including YouTube), Microsoft (including Hotmail), Akamai (which drives thousands of key sites) and others – have set up servers either in Thailand, or one short and very fast hop away, typically in Singapore.

In addition, the ISP’s caches – pools of data sucked into the country once, over a single
international data pipe, then doled out to thousands of customers inside Thailand – are bigger and faster than ever.

If you think you’re looking at a YouTube video or a Formula race “live” from another corner of the world, you’re probably wrong. Chances are good that what you’re seeing has been cached in Bangrak, the waystation outside Bangkok, or possibly in Singapore or Tokyo.

Yes, even your Gmail and Hotmail (er, Outlook.com) email messages are being mirrored in Singapore, and it all happens in the blink of an eye.

I wish that signing up for an internet line was as easy as visiting your friendly local ISP and paying for the fastest package you can afford. It doesn’t work that way. Perhaps more accurately, it may work that way, but you definitely won’t get what you think you’re going to get.

It happens to me, too. I’m in the process of moving from Patong to a more central location on the island. My house search at one point narrowed down to two well-established housing developments in Kathu.

These aren’t new places – they’ve both been around for many years. The people who live in the houses have computers and TV sets and all sorts of electronics – and some presumably have disposable income.

You would think the internet companies would be crawling all over each other to get fast internet connections out to both of these developments and take advantage of the high demand.

And you’d be wrong.

All three said they could get ADSL to both locations, but if I want the faster technology, I’m probably up a creek.

So that’s the first lesson: even if an ISP has a good package, it may not be available wherever you are. Yes, even if you’re in the middle of a popular housing development, surrounded by people willing to pay a premium for good internet service.

The second lesson: some housing developments won’t let you install your own internet line – even if the service they offer is absurdly overpriced and utterly unreliable.

Frankly, I have very little tolerance for places like that.

Fortunately, there’s one technology available – TOT’s AirMax “WiNet” service – that gives you ADSL speeds without having to string a wire to your house. You may or may not be able to sneak that by your developer’s association.

The third lesson: this is all changing. Fast. Right now, the wireless ‘3G’ services from AIS, TrueMove-H, DTAC, and CAT, and coming soon from TOT, offer speeds that typically run about half as fast as what you’d expect from a decent ADSL line. That’s quite remarkable, considering that you can take the 3G connection around with you, all over the country, and hook up network cables and WiFi to little pocket-size boxes – all widely available in Phuket.

But the big change is just about a year away. LTE ‘4G’, if we get it in Phuket (don’t get me started about the 3G auctions), has the potential to run considerably faster than almost all of the landline connections currently available. Of course, that assumes the ISPs pay to build the infrastructure necessary to support those fast speeds. But the potential’s there for a huge game changing shift, not unlike the shift from telephone wires to mobile phones two decades ago.

Next week I’ll talk about the wired connections available in most parts of the island. It probably won’t surprise you to learn that the more expensive “faster” lines aren’t necessarily faster at all.