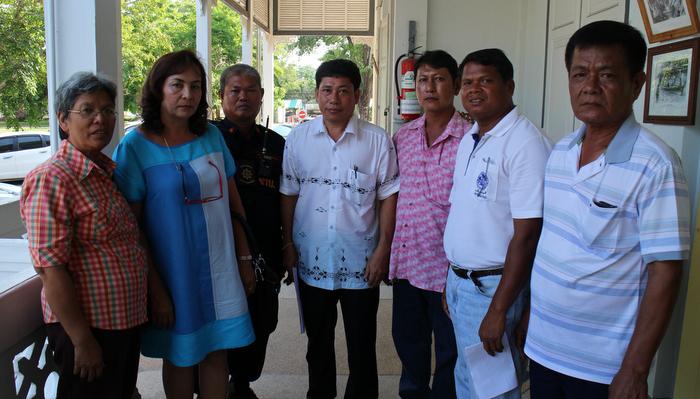 PHUKET: Officials have been tasked with determining if the law can be bent in order to provide an illegally established mangrove forest community with much-needed electricity.

The move follows a March 20 protest during which 200 villagers from the Klong Mudong community rallied outside the Chalong Municipality and asked Mayor Samran Jindapol to provide their homes with a steady supply of electricity and water (story here).

Vice Governor Somkiet Sangkaosuttirak asked the Phuket Provincial Electricity Authority (PEA) and the Royal Forest Department (RFD) to find a solution to the power problem in a meeting Thursday afternoon.

“Technically, transformers are not allowed to be installed in mangrove forests or on land that has no title. But, sometimes you have to make an exception if villagers need help,” said Vice Governor Somkiet.

“There are 180 houses with 600 residents who have been living here since 1992,” said Somporn Nookhong, head of the Klong Mudong community. “Our villagers should have a safe, well-lit community.”

“The village has two transformers already, but we pay private power companies 18 baht per unit of electricity, which is nearly three times the standard PEA price. And the power is inconsistent. Sometimes it takes me two hours to cook rice.”

Mr Somporn also voiced the issue of dirty water caused by rusty pipes and impressed upon officials the need for clean water.

“I have asked the Phuket Water Authority (PWA) and Chalong and Wichit Municipalities to find a way to get clean water to the community,” said V/Gov Somkiet.

“We will have a meeting in two weeks to follow up on what can be done.”