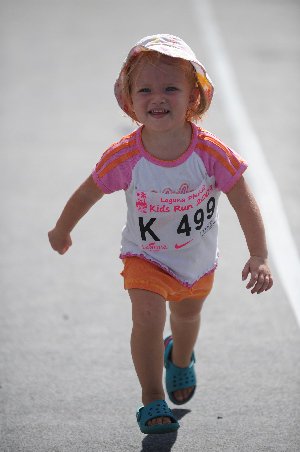 Among the competitors will be Thai movie star Ananda Everingham, taking part in the 5km Charity Walk in his role as ‘charity ambassador’.

“We’re delighted that a celebrity of such stature will grace our event with his presence,” said Debbie Dionysius, Laguna Phuket’s assistant vice president of destination marketing.

“Ananda is sure to be a great attraction for our many Thai participants and spectators and he will bring star quality to the whole day.”

Mr Ananda said, “I’m really looking forward to being part of a fun event which also has a serious purpose: to raise money for a deserving cause. I hope to see my fans joining me in this effort.”

The marathon begins at Laguna Phuket and takes in various local areas on a mainly flat course, including a Thai village market, rubber plantation, rice fields and beach views, before finishing back at Laguna Phuket.

Stars of the hit TV reality show Asia’s Biggest Loser, which chronicles the efforts of overweight people from throughout the region in a competitive weight-loss battle, will also join the event.

Bangkok resident Suthat ‘Tony’ Charnives and Martha Lai from Hong Kong, who between them shed a total of 77 kilos in 12 weeks on the popular show, will be taking part in the 10.5km run.

Joining them will be fellow Asia’s Biggest Loser contestant and Phuket resident Garry Holden, who lost 45 kilos on the show and who is attempting the half-marathon less than nine months after embarking on the show’s weight loss and fitness regime.

Last year, Stephen Paine from Australia won the men’s marathon and Katja Fink from Switzerland won the women’s marathon. Both will be back to defend their titles this year.

Ahead of the big race tomorrow, today’s activities at Laguna include a carbo-loading Pasta Party at the Laguna Beach Resort at 5:30pm.