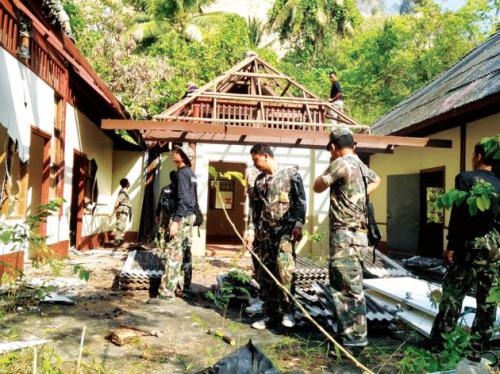 PHUKET: The owner of the Poda Island Resort is threatening to sue the Department of National Parks (DNP) for dismantling his facilities.

Chuan Pukaoluan, who has operated the resort for about 20 years, says that he had bought the plots of land the resort was built on legitimately.

However, the courts determined that the structures were encroaching on a national park.

“Those land plots belong to the DNP,” Mr Chote said.

Last year, the Krabi Provincial Court ordered Mr Chuan to demolish the buildings and other structures on those plots, but Mr Chuan refused to do so, Mr Chote said.

“He has tried to produce his land-right documents, but the Krabi Provincial Court has stood by its decision based on the final court ruling,” Mr Chote said.

Mr Chuan insisted that he had bought the land plots legitimately from Marobe Chamnina in 1985 and had the land-right documents to prove it.

“But then the Hat Noppharat Thara-Mu Ko Phi Phi National Park has claimed that the land-right documents were illegitimately issued,” Mr Chote said. “This is very unfair to me.”