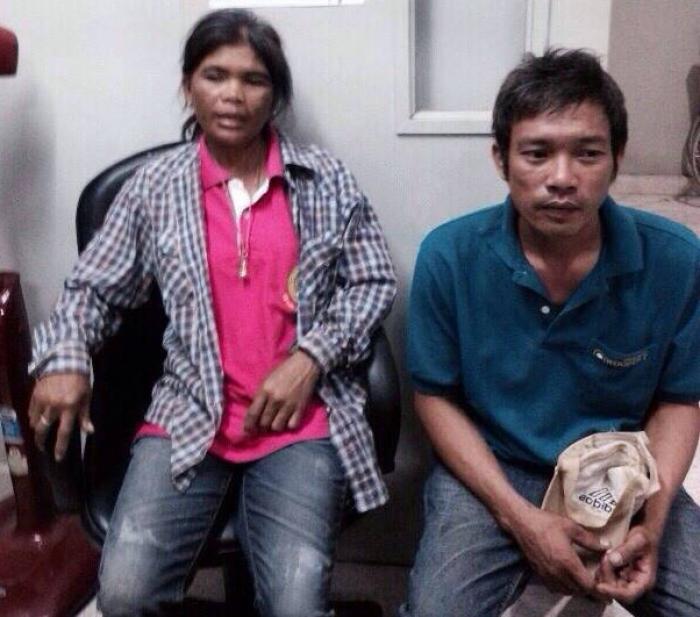 PHUKET: Quick action by a Phuket village headman last night stopped a couple about to board a bus to Bangkok with a 4-year-old boy who had been abducted from his home in Koh Kaew.

Worried parents of the boy, named by police only as “Nong Ice”, reported their son missing from their home in Koh Kaew Soi 10 at about 8pm after scouring the neighborhood for him.

“After failing to find him, village headman Sangkom Sinthupradit went to Phuket’s main bus terminal with the parents and many local village defense volunteers to see if he was there,” explained Phuket City Police Superintendent Sermpan Sirikong.

Members of the search party saw the accused – Thanawat Ouanain and Yupin Matratturat from Bangkok – sitting with the boy, waiting to board a bus.

“The village headman moved in and placed the couple under arrest, and with the support of the local villagers, escorted them to Phuket City Police Station,” Col Sermphan said.

At the police station, the parents explained that Mr Thanawat and Ms Yupin first came to their home about a week ago.

“The couple were unemployed and asked for food. While at the house, they befriended Nong Ice, saying they did not have children of their own,” Col Sermphan said.

“Every day, for days after that, the couple came to the house to play with the boy.”

Col Sermpan urged all parents to beware of strangers with their children.

His warning comes just one week after police confirmed that the human remains found in Chalong in December were those of missing 7-year-old Natthapa “Nong Dear” Papkaew, who disappeared from near her home on December 6 (story here).