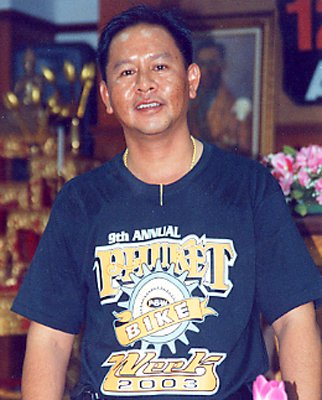 PATONG: Chalermsak Maneesri was today ordered to step down as Mayor of Patong after two Provincial Court judges found that allegations of cheating in Patong Municipality elections in November last year were proven. Visawa Sasismith, Phuket’s Deputy Governor (Palad), told the Gazette that the court handed down its decision this morning. The judges ordered that a new election be held within 60 days. Their decision came after they spent nearly a year examining allegations by the loser in the 2002 election, former Mayor Pian Keesin, that K. Chalermsak’s Patong Progress Party had bought votes and had “imported” voters from outside the province specifically for the election. It is not the first time that the Patong Progress Party has had problems with the courts. K. Chalermsak’s brother, Surasak, was ordered out of office and disqualified from standing in last November’s election after being found to have brought the office of the mayor into disrepute. In the 2002 election, K. Chalermsak polled 4,236 votes against 2,514 for K. Pian. He then brought K. Surasak into his management team as a consultant “I think that the people who were ordered to step down will be able to stand in the new election because the court declared the earlier election to be null and void,” K. Visawa added. Gazette reporters attempted to reach members of the ousted team for comment, but were told that they were in a meeting and were not yet ready to talk with the press.

“OTOP’ sales to get boost in Phuket