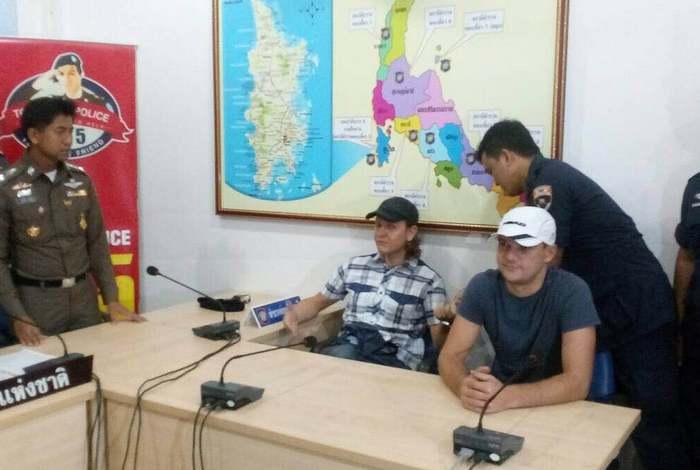 PHUKET: A Russian wanted for human smuggling was arrested in Phuket on Friday at the request of Interpol.

Wanted by Russian authorities, Alexander Bukharov, 42, was arrested in Rawai, while a second Russian fugitive, Roman Ledenev, 33, was scooped up by police on Phi Phi the same day.

Mr Ledenev is wanted in Russia for drug smuggling.

Records show that the two men had been living in Thailand for nearly two years before their arrests.

“As Russia has already revoked their passports, we have now cancelled their visas to Thailand,” Gen Suchart said.

The arrests of the two men attest to Thailand’s successful steps in cracking down on transnational gangs and criminals who are using the country as a safe haven, Maj Gen Surachet Hakparn of the Tourist Police asserted.

Mr Ledenev and Mr Bukharov were taken from Phuket to Bangkok yesterday, as police arrange their deportation.

Immigration to tap into Interpol database to fight crime