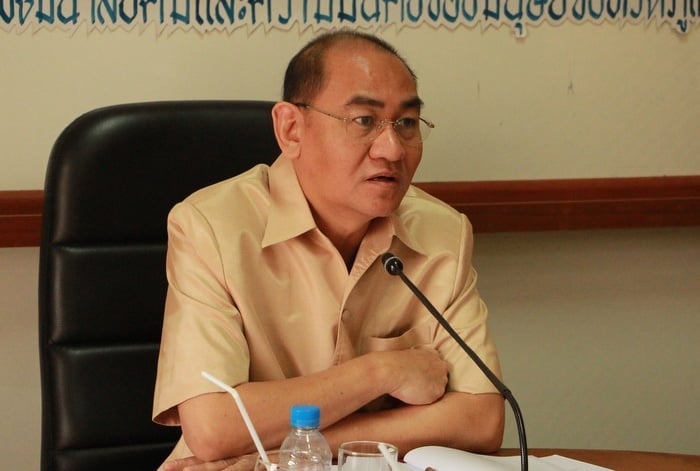 PHUKET: The two-month crackdown on human smuggling and human trafficking on the island came up empty handed, despite several such cases ‘organically’ surfacing just last year.

Last June, two debt-trapped Cambodians were freed from Phuket Town after officers were tipped off by one of the victim’s relatives (story here). Earlier that year, a 10-year-old Cambodian boy and his 6-year-old sister were rescued in Patong after a tip off from an NGO in Chiang Rai (story here).

Nonetheless, the dedicated government push that focused on those working in the construction, nightlife and fishing industries, as well as beggars and Rohingya, found zero human trafficking activities on the island.

A similar investigation that ran from May 6 to September 17, saw 3,564 fishermen from 271 boats checked. Officials found no breaches in the law, confirmed V/Gov Punlop.

An even longer investigation, which ran from January 1 to September 18, found 51 beggars on the island, 13 of whom were foreigners.

“Meanwhile, 95 nightlife venues, including those using apartments or rental rooms that could be used for unlawful purposes, were searched. No illegal activities were uncovered,” he said.

V/Gov Punlop admitted that he was not aware of the human trafficking cases on the island from last year.

“However, please be assured that officers are checking every business that might be housing victims of human trafficking on the island.

“Our biggest worry for Phuket is illegal working activities, such as forced labor or paying below minimum wage,” he said.