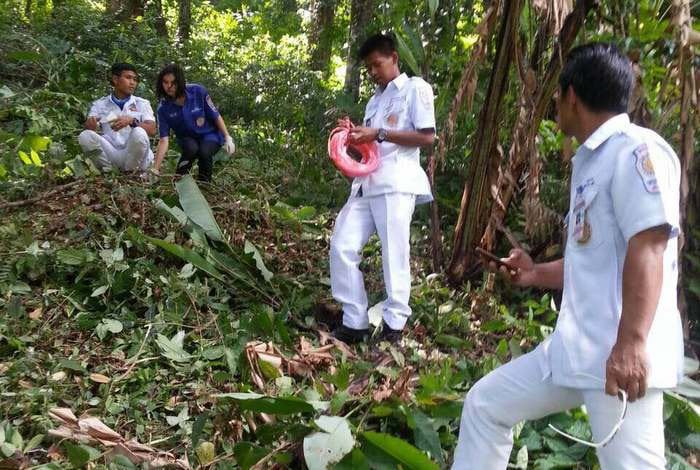 PHUKET: The decaying remains of a human body were found by a field worker in the hills above Patong yesterday afternoon.

“The bones were found by a man who was hired to clear grass in a local orchard about one kilometer from Soi Prabaramee 3,” explained Patong Police Superintendent Chaiwat Auikam.

No identifying evidence was found at the site.

“At this point, we believe it was probably a man who was about 175cm tall,” Col Chaiwat said.

“At the sight we found pants, a t-shirt, shoes and a half-empty bottle of whiskey, as well as two types of medicines – that we have yet to identify – in a bag next to the body.”

Police are unsure if the remains are those of a Thai national or a foreigner, but are collecting DNA and making dental impressions in hopes of identifying the remains.

“There was no sign of a struggle, and this isn’t a tourist area. However, it is possible that a tourist or expat got lost up here. It could also be the body of a plantation caretaker,” Col Chaiwat said.

“We are contacting local police stations to see if there are any possible matches to missing person reports.”